The Immortalists: A Novel 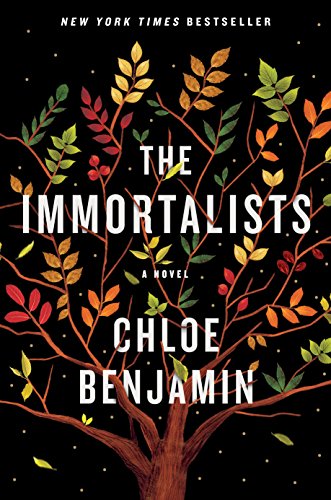 On a “muggy July day” in 1969, the four Gold siblings, ages 7 to 13, nervously visit a fortune teller, on Hester Street in the Lower East Side of Manhattan, who supposedly can predict the date of anyone’s death.

By page 99, Simon in fact fulfills his prophecy, dying exactly on schedule, of AIDS, at age 20.

With that, aided by author Chloe Benjamin ’s lively writing, the reader of The Immortalists is hooked. Yet it’s a morbid kind of page turning. Essentially, the reader keeps pounding ahead to find out how the other three siblings will kick the bucket.

“He doesn’t buy the fortune-teller’s claims,” Daniel muses. “He believes in bad choices; he believes in bad luck. And yet the memory of the woman on Hester Street is like a minuscule needle in his stomach, something he swallowed long ago and which floats, undetectable, except for moments when he moves a certain way and feels a prick.”

Each of the siblings copes with that needle in different ways and with different levels of fatalism.

Simon—perhaps subconsciously—tries to live his presumptively brief life as fully as possible. Dropping out of school at age 16, he runs away to San Francisco with Klara, comes out of the closet, becomes a dancer, has bouts of wild sex, and falls in love.

Klara thinks she can out-trick the prophecy by doing her own magic: Under the stage name The Immortalist, she becomes a performing magician. “There must be a loophole, a secret trapdoor,” she thinks. “She’s a magician, goddammit. All she has to do is find the fucking trapdoor.”

Daniel, the most conventional, claims he has ignored the whole nonsense. He becomes an Army doctor, marries an academic, and settles in suburban New York.

Benjamin, whose debut novel, The Anatomy of Dreams, won the Edna Ferber Fiction Book Award and was long-listed for the 2014 Center for Fiction First Novel Prize , writes in a wonderfully easygoing style spiced with some sharp imagery. “A tree of panic sprouts in [Varya’s] stomach” while she waits outside the fortune-teller’s apartment. “A shock of tears springs to Simon’s eyes” when his mother catches him sneaking out of their home.

Despite the essentially depressing premise, Benjamin manages to end the novel with uplift, as some of the characters realize what makes life worth living, no matter how long or short that life is.