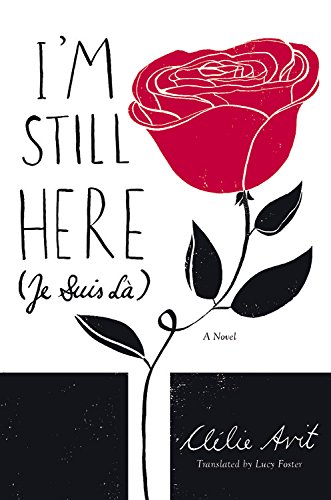 French writer Clelie Avit, recipient of the Prix Nouveau Talent, shows promise in her first novel, yet she still has a way to go before realizing her full potential.

The premise of her book is an interesting one. A young man named Thibault, who should be visiting his brother in intensive care, stumbles instead into the room of Elsa, a 30-year-old woman who lies in a coma following a mountain climbing accident. The two become deeply attached—he in an effort to assuage his self-pitying despair, she in the caverns of a coma that somehow allows her to cerebrate brilliantly and cheerfully based on what she hears happening around her. It’s a classic romance novel: Boy meets Girl, Girl has respirator, Boy and Girl fall in love . . .

There are a number of glaring flaws in this narrative. Some could be addressed by simple editing; for example, Thibault’s godchild, a baby about a year old, still drinks only (bottled) milk for sustenance. Most babies that age are on solids. Thibault seems to have an extraordinary amount of time off work to indulge his growing love affair with a woman who is hooked up to all kinds of tubes and has only opened her eyes once. Can he really be smitten without one conversation, one idea of who she really is beneath her shriveling body? And are doctors really that stereotypical and simplistic?

The larger flaws are more disturbing. How can Thibault wish his brother were in a coma instead of Elsa, or better yet dead, because he has had a drunk-driving accident in which two girls died? What is he thinking then when the brother commits suicide? A little processing of his responsibility for that tragedy might have gone a long way into the development of his character and provided an explanation for his self-absorption.

And how is it that Elsa can think so lucidly and cheerfully when she is about to have the plugs pulled? Where is her depression and despair? Her longing for more life? Her rage? Do comatose young women really have thoughts like this: “My memory doesn’t seem at all affected by my vegetative state, but I was worried all the same. . . . I haven’t had any particular dreams at all. It’s just been black and deep. Relaxing.” Really?

A story like this one begs for complexity, nuance, pain, reconciliation, redemption, and more. Maybe then love can be credible. Of course we root for Elsa to show promise of recovery in time. And of course we hope she and Thibault live happily ever after. It’s just that the road to that rainbow seems curiously devoid of all the struggles—and resolutions—that should line its path, illuminating the journey in a credible way.

Perhaps a sequel would achieve some of that necessary narrative. Or maybe Avit just needs to move on to a new, more mature, stronger tale that gets under her readers’ skins and keeps them alive.