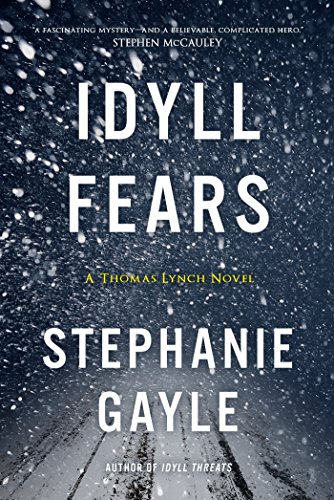 “an exciting police procedural combining the tense search for a missing child with the personal involvement of a police chief mistrusted by a good many of the people on the case.”

It’s December 1977, in the small town of Idyll, and Police Chief Thomas Lynch is called into a case that will test his law enforcement acumen as well as his belief in humankind.

Young Cody Forrand is missing, six years old and a victim of CIPA, a neurological disease causing the victim to have no sensation of pain. Only 32 children exist with the condition. Cody can die from exposure to cold weather that would not harm an ordinary person. “He can’t feel the cold. No pain was a super power. One that could kill him.”

Because his parents were accused of abusing their son before he was diagnosed, they’re leery of the police. Mistakes in procedures, such as not using search dogs immediately or calling in the FBI at once, as well as a mix-up in information with a local TV station, don’t endear Lynch’s men to them, either.

“‘This is going one of two ways. You find the kid or you won’t. If you don’t, people won’t blame the parents for letting him play outside. They’ll blame the police.’”

Even when Cody is found unharmed outside a convenience store, Peter and Jane Forrand are loud in their condemnation of the way the case was handled.

It doesn’t matter to Lynch, not much anyway. Cody’s home safe and sound, even if they still have few leads to his abductor. Besides, the chief has other cases now claiming his attention.

The home of an unregistered pedophile is torched. A candy store owned by a gay couple is vandalized, graffiti spray painted on its walls. Lynch has a personal interest in that one, since a few months before he also “came out,” to the horror of those hiring him and the embarrassment of his fellow officers. Awkwardness all around but he’s certain everyone will survive, if they let it rest.

Someone is determined not to, however. Lynch gets phone calls at all hours. His car is spray painted with derogatory phrases.

“‘Are you telling me a spray paint can is missing from Evidence?’
‘The log says five cans. There are three now.’
‘Did the log say anything about colors?’ My grafitti had been orange.
‘Orange and pink,’ he said.
Oh God.”

Can it be one of his own men is behind their chief’s homophobic treatment?

Lynch wants to be judged as a whole person, not defined by his sexual preferences. It’s this uphill battle he fights as he tries to establish control of his investigation, proving he’s an able police officer.

Then Cody disappears again, undoubtedly taken by the same person, someone they now learn may have killed another child. This time, Lynch is determined his people are going to find the boy and arrest his abductor.

Having reporters and others attempting interviews about his “gay declaration” instead of concentrating on the case at hand infuriates and further alienates Lynch because people can’t see past that point to a bigger picture, namely, the safety of a kidnapped child.

“What I want is a world where I’m not approached to speak because I’m gay. I also Irish and I don’t like anchovies. No one cares. I don’t mind being gay but I do get tired of everyone else homing in on it. Most days it’s a pain in the rear.’”

New factors in the case are uncovered, bits of evidence mean nothing by themselves, but put together, they are condemning. Is it possible the Forrands themselves are involved in the disappearance of their child?

“Were the Forrands worse than parents who beat their kids, neglected or molested them? Were they the same? We wouldn’t know until we found Cody. Then we could judge them.”

As the case lengthens and Cody isn’t found, Lynch has a fear this time the boy won’t be coming back home.

This is an exciting police procedural combining the tense search for a missing child with the personal involvement of a police chief mistrusted by a good many of the people on the case.

Idyll Fears is a crime novel whose twists and turns will surprise those generally able to outguess the author. Though mostly low key without an overabundance of violence, its portrayal of Lynch’s inner turmoil as he attempts to go about his duties in the midst of personal harassment are both thought provoking and touching.

It’s a well thought-out and entertaining novel, and one that will have readers seeking out more of Stephanie Gayle’s works to savor.