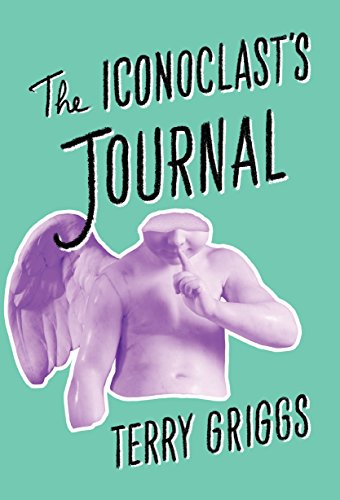 “a delightful fairy tale for adults, a fable set in Victorian Canada with an enjoyable cast of characters, and quite probably a moral or two hidden somewhere within its pages.”

London, Ontario, Canada, 1898. In the Belvedere Hotel, young Griffith Smolders prepares for his wedding night. Grif isn’t exactly in a hurry to consummate this event because “he suspected his bride knew more than he did about how the evening’s schedule of pleasures were to be conducted.”

“She waits for him in the adjoining bedroom, dressed in absolutely nothing but her frightening knowledge.”

That is when the thing sails through the open window, “hissing like an angry cat.” It’s only the phenomenon of ball lightning, but Grif, escaping to safety through that same window, takes it as a sign. He flees the hotel, abandoning his bride and his current life completely.

Since Grif was undressed before the fireball struck, he seeks something to cover his bare frame. An open window in a church offers a jacket and shoes and he takes them. Now he’s a thief as well as a runaway groom. In the pocket of the jacket is a journal.

“He flipped the book open and riffled through it, baffled but fascinated, lips twitching as he read. The actions it described both deeply excited and troubled him. The journal had nothing to do with him, and yet he saw himself reflected in it as if he were staring at a mirror and not merely the faded pages of an old, lifeless book.”

In the next few days, he’ll be seen by many people and be mistaken for a ghost, among other incarnations. He meets picnickers, cyclists, and an itinerant actor, Fenwick Nashe, who will eventually play an important part in his and Avice’s life. He’ll pretend to be a foreigner who speaks no English so he won’t have to answer questions, and he’ll board, the Echo, a steamship with the bad luck to sink halfway the trip, “hit by a sixty-foot wall of water that rolled it on its side.”

Washed ashore, Grif is rescued by a trapper and prepares to live a primitive life in the wilderness.

That same fateful night, new wife Avice contemplated the evening with anticipation. She thinks of her husband, that “one of the things she liked about him is that he’s unpredictable, unreadable.”

When she discovers Grif has decamped, she considers that a little too much unpredictability. Avice goes after him with revenge in mind.

“She knew what she wanted. ‘I am going to kill my husband,’ she said. ‘Slowly—he must be made to suffer.’”

She won’t get a chance to kill Grif, however, until much, much later, after, disguised in a suit of her husband’s clothing, she discovers the freedom a man has.

In a salon-cum-hotel run by a 12-year-old orphan lad who’s very canny about business matters, in a venue orchestrated by Fenwick Nashe who sees what has to be done to get these two back together, a final confrontation between absentee husband and deserted wife will be acted out in a manner suggesting not an ending but a much more auspicious beginning.

This is a most humorous novel, delivered with verbal panache and the writer’s tongue firmly planted in cheek. Three and four-syllable words abound, but rather than frightening off the reader, they will attract with the dry wit they exhibit. Wild and eccentric characters fill its pages, and historical as well as fictitious names are tossed about with abandon.

There’s also a great deal of narrative and description, and fairly little dialogue in proportion, but then, it is a journal, after all, isn’t it?

Grif is presented as a naïve bumbler of sorts, moving along through life haphazardly. He probably would’ve blundered through his wedding night as well as the rest of his life if the ball lightning hadn’t rescued him, but once set on his journey, he doesn’t seem to know when to stop.

Avice, on the other hand, recovering from the fact that her husband, has absconded, sets out to teach him a lesson, but by the time she finds Grif, she, like he, has learned a thing or two about life, and revenge isn’t what she wants.

Each is on an odyssey of sorts, and the fact that both journeys end in a somewhat confused lovers’ meeting, both arriving at the same spot at the same time, could be construed as nothing more than Fate arranging for the newlyweds to find each other again only when they’ve both grown up enough to be the husband and wife they should be.

When Grif and Avice meet in Roland Avery’s saloon/hotel, they aren’t the same people as when they married. They’ve grown, matured, changed by those they’ve met and the adventures they’ve experienced, becoming persons each decides the other might actually want to know.

The Iconoclast’s Journal is a delightful fairy tale for adults, a fable set in Victorian Canada with an enjoyable cast of characters, and quite probably a moral or two hidden somewhere within its pages.