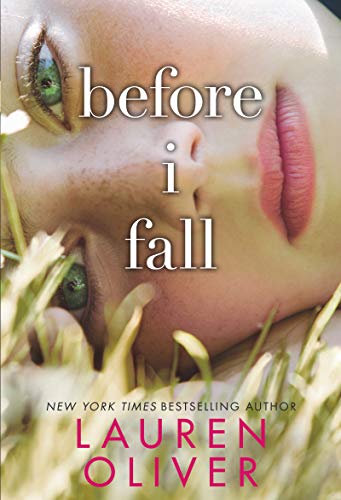 Rarely does a book ever really live up to the hype it can generate. Lauren Oliver’s Before I Fall was a book talked about even before its publication date. It was whispered about on Twitter and passed around eagerly by book bloggers lucky enough to get an advanced copy. Initially the hype for Before I Fall made me fear that I would expect too much from it, or that it simply would not be to my taste. However I can say after finishing this uniquely written “after death” story, I can assure readers that is not the case. Oliver has delivered an inventive, heartbreaking tale of what it can take to gain perspective in life.

Samantha is your typical high-school girl who just happens to be one of the lucky ones: those girls who glitter and shine in high school, who can do no wrong because the rules don’t apply to them. Popularity can be a powerful thing. It can make your life seem effortless or it can make you someone else all together. Someone even you don’t recognize. On Sam’s last night of life, she is one of the popular girls without a care in the world except for avoiding her immature boyfriend’s groping hands and deciding whether her lip-gloss is properly applied. However, that doesn’t save her from her death. Death is the great equalizer; it doesn’t matter how popular you were when you were alive. Or does it?

You see, Sam dies—but she doesn’t. She awakens then awakens again and again, reliving the day of her death. She learns the secrets she never knew about the people she loves the most. She sees how every step we take makes an impact not only in our life but also in the lives of those around us. The people we forget, the secrets we keep, and even the questions we never thought to ask. You wouldn’t think it, but it all matters—even in death. The question remains: If Sam is really dead, then how is she still living each day? Is reliving her last day a chance to make things right or to a chance to make it all go away? Can she make her death only a memory? Will Samantha die, or is she already dead?

Oliver has written a book that will have you transfixed on its outcome until the very end. A book truly worthy of its hype, Before I Fall is an amazing work of complex emotional and moral exploration with a denouement that will have you holding your breath in anticipation of the ending.