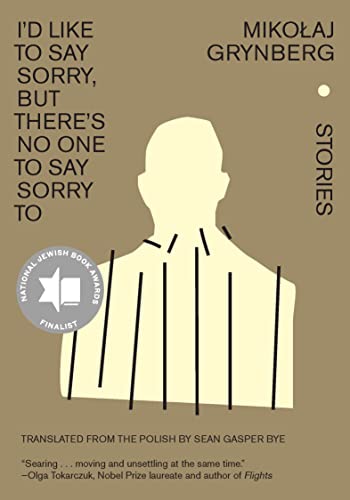 Before the Holocaust, about three million Jews lived in Poland. After the Shoah, only about four thousand Jews remained alive there. That number is about the same today. Sadly, the anti-Semitism never stopped. This book is about the survival of Judaism in Poland and how the Holocaust still occupies the minds of both Jewish and Gentile survivors and their progeny.

The vast majority of Polish Jews were murdered by Nazis in concentration and death camps. Others fell victim to the Nazi SS and Einsatzgruppen units roaming the countryside in search of Jews; the victims were shot and buried in huge trenches. In many cases, however, Poles told the Gestapo or the SS where Jews were hiding, in hopes of resulting favoritism. Many Poles hated Jews and were happy to have the Nazis rid their nation of them. Yet other Jews succumbed to starvation, Nazi brutality, forced labor, and endemic sickness. This book describes the events, circumstances and feelings that faced survivors in Poland after the war.

Author Mikolaj Grynberg is a trained psychologist and photographer. He has published several collections of nonfiction, this being his first work of fiction. In this novel, Grynberg produces many short chapters representing the lives of a variety of Poles in the years after World War II. One can easily imagine the diversity of troubled Poles pouring out their anxiety and desperation in scenarios from Grynberg’s psychology sessions.

These 31 chapters constitute vignettes narrated by Christian and Jewish Poles who are desperate to find meaning in their lives. Many of them are second-generation survivors. It was primarily their parents or grandparents who were swept up in the Holocaust as victims and perpetrators.

Ruminations of guilt and depression are widespread in these broken characters. Some of Grynberg’s characters seek absolution, others feel guilty for surviving when everyone that they loved had been murdered. Many Christian Poles discover that they had a Jewish ancestor heretofore unknown to them. The cognitive dissonance generated by such scenarios forms the basis of the author’s plot.

In some of these stories, the protagonist is a Jew who has been hiding his or her religion from everyone. Sometimes they decide to admit to their family, late in life, that they have a Jewish past. In many such cases, their children have become anti-Semites, only to later learn that they have a Jewish ancestor. This emotional upheaval presents significant obstacles in terms of connecting with absent family and friends.

Grynberg’s literary talent is discovered within the complexity of these fragmented souls, pouring out their grief and desperation while searching for sagacity in life. While this book is fiction, one can very easily assume that there are many people alive today who share the same shattered personalities and relentless depression.

Christians in Poland have been bombarded for centuries with lies about Jews. Perpetuating and reinvigorating Polish anti-Semitism has been the goal of Polish political and religious leaders since the Dark Ages. There has been little tolerance for Jews in Poland in the past, and it continues today, bolstered by the same misperceptions that promulgated active participation in bigotry, generation after generation. It is today endemic within the fabric of Polish culture.

Author Grynberg has devoted many years of his life to collecting oral histories of Jews who survived the Holocaust. This accounts for the widespread similarity of individuals who pour out their desperation, anxiety, and despair. Grynberg’s characters disgorge the shattered contents of their souls to the unnamed psychologist, revealing permanently broken egos. These first-person accounts represent the psychological detritus of being haunted by the Holocaust for a lifetime.

I’d Like to Say Sorry, but There’s No One to Say Sorry To delivers a profound message about the intolerance Poles have today for Jews, even though only a tiny percentage of Jews survived the Holocaust there. Although never explored openly by the author, a part of this story dates back to pogroms enacted by Christians against Jews over many centuries.

A complete examination of the fabric of tensions between Christians and Jews cannot exclude the attacks by Poles against Jews after the Holocaust, which is the time period examined in this book. Mentioned only once, in brevity, was the Kielce pogrom, which occurred after the Holocaust. Similarly, hundreds of Jews, including women and children, were brutally murdered by Christian Poles after the Holocaust in Jedwabne. But this is a work of fiction, in which case the author has the freedom to use whatever examples of anti-Semitism make sense to him.

While these are fictionalized accounts of the tensions between Jews and Christians in Poland, this book clearly and accurately represents the nascent friction presented by anti-Semitism in contemporary Polish culture. The author offers vignettes that accurately describe the angst of living in a society open singularly to Christians but remains largely closed to Jews.

Author Grynberg writes with a careful, almost stoic format, which lends credence to the concept of patients pouring out the sadness of long-broken souls to a psychologist. His style is both erudite and cautious, as one might expect from a therapist. Like cracking an egg open, Grynberg peels away the outer, protective layers of ego, leaving bare the pathos of bigotry and the relentless striving toward understanding. In most cases, the result is exactly the same as it has been for countless generations: some seeking acceptance, others perpetrating generations of racism.