How She Died, How I Lived 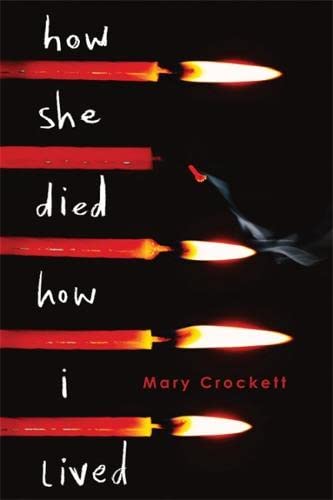 America is very accustomed to shootings, violence and the human suffering this evokes. Young people have often been exposed to shootings in schools when, invariably, a former disgruntled student returns and opens fire for some reason or other. Insanity is sometimes the reason, but the main trait more commonly found in perpetrators is a pathological malfunction that can be traced back to childhood. This young adult novel is about the actions and aftermath of Kyle, who murders a young girl without any apparent motive.

One day, Kyle sends a text to five young females who attend his high school asking if they would like to meet up, or rather “hang out” and smoke a joint with him. Four of the girls ignore him, dismissing his invite as a text from a weird boy at their school. But Jamie, the fifth girl, (who we are led to believe has taken pity on him) agrees to meet up.

Jamie is portrayed as a lovely, bright and friendly young woman who comes from a good home. She has a loving boyfriend, Charlie, who matches her personality and background. Life sounds ideal for this young couple, and it is, right up until the day of Kyle’s text when their lives change forever. Jamie’s friendliness leads her straight into the hands of Kyle because agreeing to meet him results in tragedy. Before Kyle smashes her skull open, he rapes her. He doesn’t show the tiniest morsel of regret when arrested.

We are told little about Kyle as a person other than sketchy details about his unhappy childhood and broken home life, his anger outbursts and struggles with academia, and how he is a loner with his only friend being marijuana. Not knowing the reason why he chose to commit murder makes it difficult to understand or empathize with his character on any level.

The narrator, who remains nameless, talks us through the story from the viewpoint that she was one of the five girls who Kyle had texted. Her awareness that she too could have been murdered had she agreed to meet with Kyle forms a main thread throughout the story, and she reflects on how somebody even on the periphery of tragedy often experiences survivor guilt.

The storyline is set a year after Jamie’s murder in the lead up to Kyle’s court hearing. Although he admits to the murder, the purpose of the hearing is to determine whether he will get life in prison or receive the death penalty. The narrator and her friends are split on whether Kyle deserves capital punishment, and forgiveness is debated and questioned in the process. This is one of the better components in the storyline.

The plot itself does not spring many surprises although there is a teasing out of the narrator’s friendship with Charlie and whether or not it will eventually lead to a relationship. Apart from this, the storyline concentrates on the narrator’s schooling, friendships, and home life which often come across as mundane although cheating, alcohol misuse, and a miscarriage are strewn into the plot to add a little intrigue and drama.

Mary Crockett is a good writer; however, the story is too drawn out. The dialogue, on the other hand, which includes teen slang and nuances, is realistic. The biggest problem, it seems, with How She Died, How I Lived is it lacks a main purpose. The book, which is over 400 pages long, could easily be reduced by 100 pages and still tell the full story had it received stricter editorial attention.

Despite the writing being of a good standard, the plot itself is slow. While appreciating that it is written for a young audience, this isn’t an excuse for prolonging a storyline just for the sake of it. In this case, there wasn’t enough action or suspense that warranted its length.

The greatest fault of the book is the narrator. She is nameless (which does not work) and unlikeable. She comes across as being bland and arrogant, and sometimes sounds spoilt and unchallenged (only-child syndrome). She often looks down her nose at her friends—where they live, the clothes they wear or how they generally look—and presents as bitchy.

Another weakness is its complete lack of diversity. Given that the narrator and her friends attend a large high school, none of them have any gay or transgender friends or anybody even slightly unconventional. Given the length of the book and bearing in mind its young adult audience, surely this is a missed opportunity and could have included human difference to educate and promote equality?

If a star rating was made for this book, it would merit 3 out of 5. What prevents it from a higher rating is its slow action, repetitiveness, and lengthy storyline. That isn’t to say that some teenagers, mainly females who the book is primarily aimed at, won’t like it because despite its faults the writing flows well and this entices the reader to continue reading rather than abandon the book.

Overall, this novel serves as a reminder of how the actions of a young psychopath like Kyle have far-reaching consequences on a victim’s family, their friends, and a community that is consumed initially by anger, guilt and grief before moving toward forgiveness and the realization that you have to leave the past behind if you want to move forward.