How Will I Know You?: A Novel 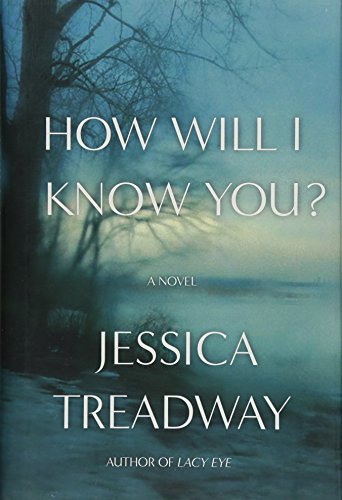 Joy Enright is a high-school senior in Chilton, New York State. She’s not only smart, but she also inherited her mother Susanne's artistic talent, and she plans to attend a prestigious art school upon graduation.

Susanne is a fine arts professor at a nearby college living under stress. Her husband Gil may lose his business and their home, and suddenly Joy starts behaving differently. She dyes her hair black and becomes withdrawn, yet Susanne chalks it up to teenage angst. Amid her anxiety, Susanne begins an affair with Martin Willet, a striking African American graduate student who helps her to forget her troubles.

Harper Grove, best friends with Joy forever, realizes Joy is not herself. Joy takes up with "bad girl" Delaney Stowell and her two minions, all but shutting Harper out of their little clique. After Joy is arrested for drugs, Harper wants to help her and follows her to Elbow Pond where the kids hang out.

Though grounded, Joy meets Delaney. Harper tries to reason with her, knowing she's up to no good, but Joy dismisses her. Then the cops are at Harper's door asking about Joy who seemingly disappeared and is alleged to have drowned. Harper mentions seeing a black man in a car nearby wearing a ski mask, which is only partly right, for the man did not have a mask. The police present her with a photo of Martin Willet whom Harper identifies as the one she witnessed. A ski mask discovered in Martin's home prompts his arrest.

Meanwhile, Tom, son-in-law to the town's interim police chief Doug Armstrong is called to recover Joy's body supposedly in the pond, but his search comes up empty. Later, when Joy's strangled body is discovered in the woods, Tom determines his father-in-law is withholding information and does some digging on his own after Susanne contacts him for help.

Doug does not believe Tom is fit for his daughter, yet when Tom learns certain details that implicate Doug, his conscience has him informing the authorities though this may destroy his marriage.

Harper is drawn in many directions. She falsely identifies Martin as wearing a ski mask putting suspicion on him, but how can she face up to her lie? Her mother, acting strangely for years, is finally out of her shell, going out of the house and doing things she hasn't for a long time. Harper fears her lie will push her mom back into her old ways.

Susanne confesses her affair to husband Gil as they prepare to bury their child. She cannot sleep at night holding herself responsible for Joy's death.

“After she began the affair with Martin, it occurred to her that maybe part of the reason she'd deviated from her marriage had been to alleviate the existential panic she felt at night: now it was guilt that gave her insomnia, rather than despair. At least the guilt was focused. She could perseverate on what a bad person she was and how horrible she felt about betraying Gil, instead of the misty, inchoate notion that someday she too (if she was lucky! That was the hell of it!) would be committed to the care of others [like her mother-in-law in the nursing home.] Waiting to die. . . .

“When she imagined herself [in her mother-in-law's situation] she thought about Joy coming to visit, with her own husband and maybe a little girls, Susanne's granddaughter who would chase the resident pet cat and provide tiny pockets of joy to Susanne and the other inmates [her reference to the residents] with her cute voice, her funny questions, and her outsized smile.

“But now that could never happen. No grown-up Joy, no granddaughter. The idea that her daughter had died, had experienced this most profound event before she did, was beyond fathoming.”

While Harper wrangles with her dishonesty and the grief of abandonment and loss of her friend, Susanne deals with her guilt, along with Tom's principles with Doug's deception to find the actual culprit in the killing of this young girl.

Treadway's characters are well fleshed out, and the plot has enough twists and turns to keep the reader guessing at every point up until the poignant conclusion.

How Will I Know You? is a complex tale where four families are inexorably tied together in fear, guilt, shame, and sorrow. How they persevere in their individual situations demonstrates the power of the human condition along with the necessity to carry on despite harrowing circumstances.