How to Keep a Secret 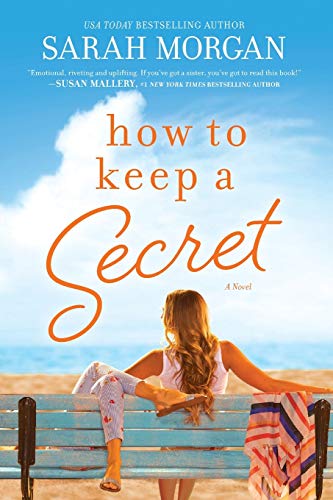 Why do family members tend to withhold secrets or are hesitant to share their innermost thoughts from each other; the very ones they are supposed to love and trust the most? Would it be the concern of looking less than perfect in another's eyes, weak, or even guilty? How to Keep a Secret depicts three generations of one family falling apart, causing wounded feelings.

Nancy Stewart, a Martha's Vineyard icon has withheld confidences from her two daughters Lauren and Jenna for years, making the siblings feel unloved. Proud, yet vulnerable, Nancy keeps her pain to herself and holds her girls at arm's length.

Lauren, who had hoped to attend college after high school surprises everyone by marrying Ed quickly and moving to London, his homeland. She gives birth to Mackenzie (Mack) soon after and devotes all her time and attention to Ed and Mack, giving up her dreams of being an interior decorator. Lauren also distances herself from her mother, rarely going back to the island for a visit.

Jenna, the youngest, remains in her birthplace and marries Greg, a psychologist. Jenna loves children as seen by her career as a first-grade teacher, yet she is distressed at her inability to conceive her own child. She and Lauren remain united through phone calls, and she makes weekly visits to her mother. Though she wishes she was able to confide in Nancy about her failure to get pregnant, she isn't comfortable doing so.

Things crash for Lauren when on Ed's 40th birthday she plans a surprise party only to receive a shock when he does not return home. She learns he passed away unexpectedly at his office. At his funeral, Mack blurts out a statement humiliating Lauren, causes a rift between them.

Lauren later discovers she is left penniless, due to bad investments Ed had made. Angry and horrified, Lauren doesn't know how to proceed, though she and Mack head to the Vineyard hoping for a fresh start. Her arrival offers another unanticipated jolt adding more to her confusion and angst.

Not only is Lauren looking for a new life for her and her daughter, but Nancy realizes she must admit to past disclosures and the reason for her standoffish ways. Heartbroken, Nancy finds a way to unburden her guilt and reunite with her girls though, after so many years, it is hard for her to divulge the truth.

"Mom—" Lauren's tone was sharp "—we've all tried the approach where we keep things to ourselves to protect each other, and where had that gotten us? From now on everything is out in the open and we'll deal with it together."

With Nancy's confession, the girls disclose knowing some of what transpired long ago, surprising Nancy, yet having her wonder why they did not come to her with their knowledge. This is when the three make a pact to reveal their worries and hurts from the past to begin anew.

As they state their views, Nancy questions: "Why was it that you felt your child's pain more acutely than your own? She could bear anything that happened to her, but she couldn't bear anything bad happening to her girls."

Nancy needs to confront her best friend Alice regarding a past wound, and she states, "I'm going to talk to her. It's time we were honest. Secrets are like walls. They stop you from getting close. If our friendship is going to endure and be something worth having, we need to break down those walls."

Relationships between mothers and daughters can be fraught with anguish, maybe because they are afraid of closeness and the anxiety of rejection or of not meeting expectations. Nancy and her daughters, concerned about losing love and togetherness, withdraw; they soon realize they can count on each other once the cloak of fear is lifted and trust is established.

This novel is fast-paced and the well-developed characters offer their own voices in separate chapters allowing the reader an in-depth glimpse into their lives to understand their love and true commitment.