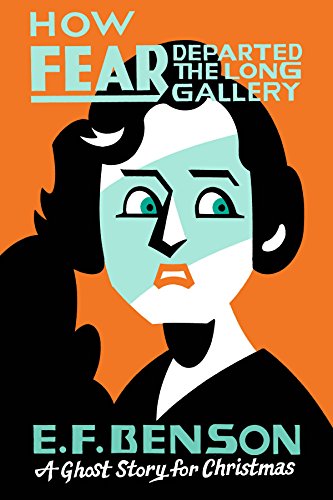 “a delightful little tale, appropriate for telling when the lights are low and a flickering fire casts shadows over the Christmas tree.”

“Church-Peveril is a house so beset and frequented by specters, both visible and audible, that none of the family takes psychical phenomena with any seriousness.”

The Peverils weren’t afraid of ghosts. Indeed, there were so many haunting their home that the specters had become part of the family. In fact, most of them had been family members when they were alive. The only ones to fear were those haunting the long gallery, a pair of twin infants murdered by their uncle. There was no explanation as to why this pair was so deadly. It would be thought their uncle would’ve been more cast for the part, but it was a fact that anyone foolish enough to be in the long gallery after sundown would not live to see the sun rise, and, if they managed to survive, would suffer a fate in which death was soon a blessed relief.

“There is one ghost at which the family at Church-Peveril never laugh, in which they feel no friendly or amused interest, and of which they only speak just as much as is necessary for the safety of their guests.”

So no family member visits the long gallery when it grows dusk and they also warn their visitors away. Thus it was that at a house party one Christmas, First Cousin Madge declared herself exhausted from all the gaiety and festivity and decided to rest on one of the couches in the long gallery. She was well-aware of the story, and was also reminded by her cousin Blanche not to stay after the sun went down, but . . . alas! . . . the room was warm and Madge was tired. She read a bit, then her eyelids fluttered, and closed, and the sun went down.

“On the wall opposite the couch, there grew a faint light of dusky crimson . . .”

Harkening back to an era when it was a tradition to tell a ghost story on Christmas Eve, Biblioasis has gathered a series of booklets containing well-known tales reviving this practice. Several stories are released per year and one of them is How Fear Departed the Long Gallery, by E. F. Benson, a prolific British author who penned many supernatural stories during the early to middle 20th century.

Madge’s encounter with the ghostly toddlers is a bit chilling, but not morbidly so. In keeping with the season in which it is told, it’s a bit whimsical, in fact. Her fate isn’t what the narrator nor his audience expects, however, and thereby hangs the tale.

With illustrations by noted Canadian cartoonist Seth, this is a delightful little story, appropriate for telling when the lights are low and a flickering fire casts shadows over the Christmas tree. The story is told by an anonymous guest visiting the Peverils, in a somewhat whimsical but manner, in such a way to make the tale scary but not horrific, to be in keeping with the joyful season. It’s a ghost story with that most rare event, a happy ending, and can be enjoyed by all no matter their ages, guaranteed not to give the little ones nightmares as they await Santa’s appearance.

Thanks to Mr. Benson for an entertaining holiday amusement and to Biblioasis for reviving this Yuletide tradition.