How America Lost Its Secrets: Edward Snowden, the Man and the Theft 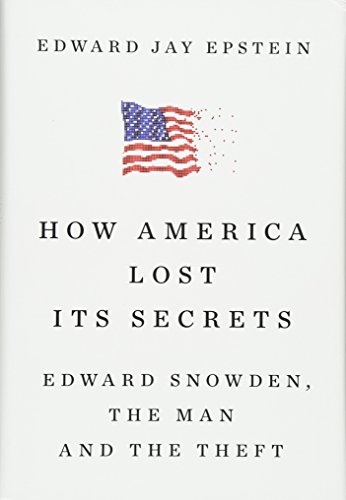 There have always been fierce rivalries between countries to protect their people and their goods. Enmity has often engendered conflict. Their weapons have evolved over time, but their animosities have endured. Almost as important as ordnance, information about adversaries—their strategies and capabilities—is vital to survival. Spies—whether famous or unknown—provide the information needed to keep a populous safe and their enemies quiescent.

The National Security Agency serves as America’s primary organization charged with the task of obtaining, assembling and processing this indispensable data. Modern technology has facilitated the age-old process of collecting intelligence. The NSA’s computers are powerful, but their efficacy depends upon the integrity and temperament of the men and women who operate them. We have learned to assemble secrets. We have not learned, however, how to keep them hidden.

Edward Snowden is the most recent exemplar of a security spy. He was a government contractor who systematically stole from the NSA and then distributed a mother lode of American secrets. He bolted to Hong Kong with filled flash drives, and, a month later, to Moscow where he currently resides under the protection of Vladimir Putin and his security services. In this remarkable new book, Edward Jay Epstein reports the Snowden story. Epstein is an impressive investigative journalist, who has followed Snowden’s trail, interviewing many of those involved, except for the culprit-in-chief. His book is a notable accomplishment—a spy novel about a real cyber spy.

In an era when one country can hack into the clandestine vaults of another, protecting secrets from espionage depends upon either developing impenetrable walls or recruiting loyal personnel. Snowden was a moody technocrat, not a virtuoso but a nimble eccentric. He floated from the CIA to government contractors who serviced the intelligence community, in particular the NSA.

Epstein explains how Snowden harmed his country, tracing with care the details of his comings and goings. The reader is left uncertain as to why Snowden pulled off his larceny. The ultimate villain in this sorry melodrama is Russia, which benefitted greatly from Snowden’s wrongdoing.

Snowden and his allies would have the public believe that the thief was only a patriotic whistleblower whose goal was simply to alert the nation to the extensive, and previously unknown, domestic surveillance carried out by the United States government on its own citizens. For some he remains a hero.

Epstein explains, however, that the stolen items that support Snowden’s whistleblowing defense came early in his game. He changed jobs and took a lower salary because it gave him access to more damaging information. If he revealed America’s most critical cyber-secrets to protect Americans from its government, he went about it in a strange manner. In any case, we are not yet to the end of the Snowden story. He remains in Moscow, and there are more chapters to be written.  Epstein will have to write a sequel.

How America Lost Its Secrets arrives at a fortuitous time in our nation’s history. The United States as well as parts of Western European are in a period of political transition. While the age-old animosities between countries remain, autocracy and nationalism appear to be on the rise while democracy and globalism decline.  Those tasked with protecting national secrets potentially face both external and internal threats.

The new Trump Administration obviously has a deep, but unexplained, affinity for the Russians—a primary consumer of espionage. Candidate Trump’s campaign was filled with fond bromides for Moscow’s chief autocrat. Was this all to further the Trump organization’s current or future business interests? That seems unlikely. Did the President feel that his bromance with Putin would result in improved security for the nation he now leads? That is possible, but unlike anything else our new leader has done. There is good reason to be concerned.

Whatever the reason for this curious realignment, the intelligence community must be vigilant in protecting the secrets like those Snowden so easily pilfered and distributed. Those who will be charged with investigating Trump’s flirtation with Russia would be best to purse Edward Epstein’s approach in accumulating facts: follow the evidence and the money and draw reasonable conclusions. The result may be that members of the current Administration are not evil and treasonous, but simply mindless and amateurish.