House of Nutter: The Rebel Tailor of Savile Row 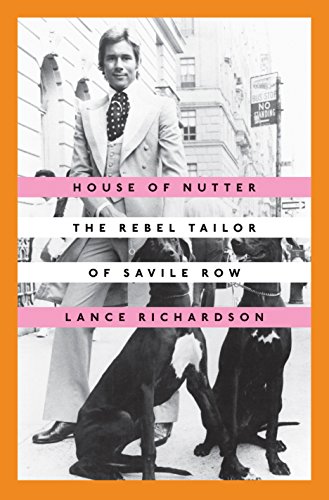 House of Nutter: The Rebel Tailor of Savile Row is so much more than just the story of the trajectory of Tommy Nutter. This is a story, a journey, a chronicle of growing up in the postwar era of London and its environs and how one man and his family survived while some even thrived during difficult times.

One could easily say the book is a history of the Nutter family, warts and all, at a time when so much was not yet accepted, society was so intolerant, or conditions not understood and it is these aspects which make House of Nutter: The Rebel Tailor of Savile Row a book worth reading in addition to its fashion relevance.

Chances are the prospective reader may recognize the name but little else about what it represented in addition to its historical fashion footprint. During a time when men suddenly were expressing themselves in territories that had only been inhabited by women, it was Tommy Nutter who wanted to tip the scale in a way that had never been done before. Any fashionphile or aficionado who considers themselves well versed in the world of men’s fashion and style must read and learn from this wonderfully written book offering great context as well as the history of a seismic time in men’s fashion. Nutter upended any preconceived notions that any man ever had of Savile Row.

Richardson skillfully and quite deftly proffers a seemingly endless supply of information about the players, the times, the mindset and so much more that the reader may find his or herself totally engrossed in the story rather than just the genre of fashion. Tommy Nutter was a major player in the sartorial history of menswear and not some blip on the radar screen of fashion. It is to Richardson’s credit that he unearthed the saga of this man who, had he lived in this century, might have engendered the white light kind of hype that he never truly received during his times.

Aside from a wonderfully engaging book, the reader should take note that fashion can be a cruel taskmaster in way that differs from most history in that so many of their of the greatest talents have evaporated into time due to a business that has such a limited memory. Tommy Nutter is one who helped build and lead men’s fashion toward the mega industry that it is today. So go out and get a copy and learn, enjoy, and absorb what Richardson gives us as the very fashionable gift of insight and context from the past.