The House of Dior: Seventy Years of Haute Couture 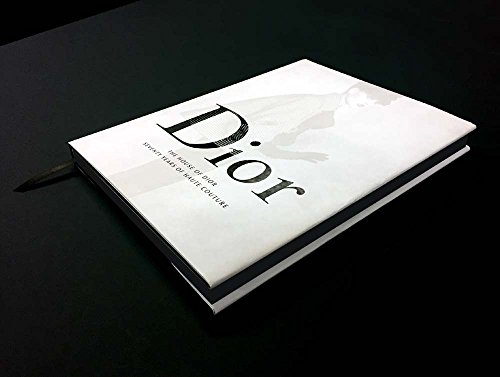 “Dior remains an endless reservoir for subject matter as rarely, if ever, has there been a book about Dior that is a disappointment.”

Any previous assumptions or conclusions drawn by this reviewer about Maison Dior are actually quite inaccurate. Here is still one more book that zeroes in on Dior (haute couture), the brand, and many other of the brand’s aspects. In this case given the title, The House of Dior: Seventy Years of Haute Couture, it is all quite self-explanatory as to its primary and sole focus.

What remains is that Dior is probably the most written about and dissected of any brand when it comes to fashion in any part of the world. There are at least 12 other books that have passed before these eyes in the last decade, which is surely a record for any designer or brand. What is most astounding is that each of the books finds its own point of view, context, or perspective as to how to approach Dior. The House of Dior is primarily speaks to the historic brand and its relationship with Australia. While this may seem incongruous or overreaching, these authors certainly more than justify the content by offering still more facts and images that have not been exposed in the other dozen or so books.

Christian Dior himself certainly proved his business acumen by forging all sorts of trade arrangements and agreements with one particular department store (David Jones) and several contractors, all of which were involved with the exclusive production and distribution of the brand. Dior’s personal stamp of approval and commitment came when he ultimately began using the Australian cities as specific monikers for styles from several couture collections.

The book covers the Australian connection, the seven designers who helmed the brand including Dior himself, an insider’s look and assessment of the codes, ateliers, and brand extensions of the house. Even the most well informed and seasoned reader will find plenty to relish here. Dior remains an endless reservoir for subject matter as rarely, if ever, has there been a book about Dior that is a disappointment.