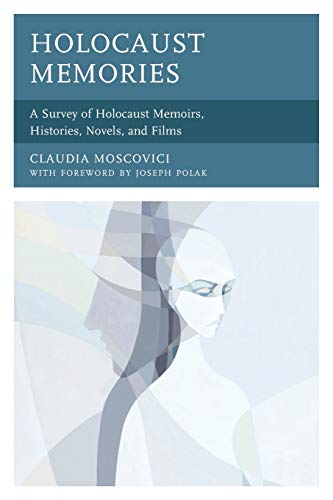 “Only a spiritual and moral awakening can save humanity from destroying itself as an outcome of prejudice and bigotry.”

“On January 20, 1942, Nazi leaders attended a conference in a villa in Wannsee, a suburb of Berlin, to discuss plans for the ‘Final Solution.’ They weren’t debating whether or not to exterminate the Jewish people. Hitler had already decided this matter. The main question they addressed was how to kill millions of people, where to do it and how to transport the victims most efficiently to death camps. Nazi leaders calmly discussed the logistics of killing millions of people, as if planning a genocide was just another day at the office. None of them voiced any moral objections or even mentioned any humanitarian considerations. This meeting sealed the fate of the Jews. Yet the Nazi leaders treated it as a routine administrative matter and networking opportunity.”

The famous Holocaust author Hannah Arendt produced the concept of a “banality of evil,” which describes how “evil deeds are often perpetrated by ordinary people who value conformity and self-interest over the welfare of others.” People who lack empathy and conscience are capable of horrific actions under common circumstances.

This banality is compared to the horrifying deeds of sadists such as Amon Goeth (the evil commandant from Shindler’s List) and Dr. Josef Mengele (the “angel of death”). Author Claudia Moscovici produces the ultimate question of how common administrators, such as Adolf Eichmann can produce the same horrific outcome as terrifying brutal murderers, such as Goeth and Mengele. Their methods are different. The result is the same.

How can such disparate individuals produce identical results that required the murder of millions of Jews, the disabled, Roma, homosexuals, and millions of others deemed insufficiently Aryan? Some Nazis believed in only an administrative action. Others added an unlimited depth of hostility, degradation, brutality, rage, and terror. The reader must reach a point of no return, especially against those Nazis who took sadistic pleasure in the slavery, sickness, starvation and cruelty delivered upon innocent families.

In this well researched and very written book about the Holocaust, author Claudia Moscovici reveals the best Holocaust authors who illustrate the events of the Shoah from personal experiences or research. She adds vivid descriptions to the historical events of the Nazi genocide narrative in successive European countries.

Moscovici evocatively describes not only the Nazi genocide that murdered millions of innocent Jewish families, but also similar events in China, Cambodia, Gaza, North Korea, Myanmar, and Rwanda. She goes on to cogently ascribe today’s antiSemitism, including attacks upon democracies in the free world, within a much longer-scale experience of global bigotry and ethnic hatred. She illustrates how the internet and social media contribute to emerging anger and acts of terrorism. The world has changed, but bigotry and ethnic hatred continue.

Claudia Moscovici has produced a well-articulated description of Holocaust memoirs, novels, historical accounts, and films, resulting in a majestic overview of events that must never be forgotten. She posits that Holocaust survivors are now dying at a prodigious rate, leaving the world with only recorded testimonies, rather than firsthand descriptions of the Nazi genocide. We are leaving behind the most viable and living descriptions of the Holocaust in the worst possible time— as antiSemitism is ramping up throughout the world. The terror of the Shoah has been taught to the world by survivors, a group now nearly bereft of its members. One day soon, the last Holocaust survivor will perish.

The anthology that is “Holocaust Memories,” articulates a calm, clear vision of the worst genocide in human history, from the standpoint of survivors, research and historical analysis. Author Moscovici confronts us with the fact that humans have always portrayed other humans as evil or undesirable because they look or speak differently; or because they observe a different faith. Prejudice and bigotry created the potential for the Holocaust and for genocides today. But depraved and evil people were required to complete the tasks. Moscovici reminds us that very little about humanity has changed from the Nazi crimes against humanity to today’s despots and their willing collaborators.

This is a book that adroitly shines historical light upon examples of our darkest times. In terms of historical fact and our greatest failure of ethics, it serves well as a teaching aid in middle and secondary schools. The author’s clarity demarcates the terror, agony and murder of millions of innocent families at the hands of those willing to negate their potential as human beings.

When we become willing murderers of the innocent at the direction of evil masters, we have reached the lowest limit of human depravity. Today, fascists and nationalists everywhere shout the resurgent message of hatred from the past. Although Jews represent one percent of the global population, they are blamed for every perceived injustice throughout history. Yet the worst aspect is that it occurs repeatedly, generation after generation. Only a spiritual and moral awakening can save humanity from destroying itself as an outcome of prejudice and bigotry.

Holocaust Memories takes the reader (and student) on a mesmerizing tale of dread and horror. Yet it also brings a clear message of hope. This outstanding book can play a critical role in teaching the world’s children how to confront morality and how to respect others who are dissimilar.

The author stresses the critical importance of the Never Again Education Act as it will teach essential historical facts of the Holocaust to all public-school students. In her words, “The less informed people are about given minority groups, the easier it is to view those groups as radically different from one’s own and to fear their influence. In difficult historical or economic conditions, people respond to such irrational fear with sentiments of anger and even hatred, stigmatizing and dehumanizing those they disdain and distrust.”

Education must play a central role in reducing the fear, hatred and anxiety that people experience when confronted with others who are different. We cannot allow our children to learn to hate innocent others, only to later teach those same negative values to their children, perpetrating a vicious cycle of antagonism toward the blameless. Only when we learn to value the differences among us and accept tolerance can we hope to achieve the triumphant value of the human spirit.