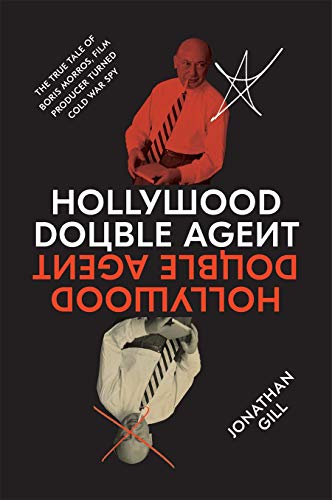 “Boris Morros was an empty vessel who could be turned left or right depending on how it satisfied his personal interest.”

The rivalry between the Soviet Union and the United States in the aftermath of their victory in World War II gave rise to spies, agents, and double agents, each with their own remarkable story. As a general matter, we see their personal espionage as a combination of amazing individual courage and devoted patriotism for their side in the Cold War. In fact, their actual spy stories were just as often filled with bumbling bluster, luck, and self-dealing.

Perhaps the most astonishing of all these spies was Boris Morros, who for a decade was a double agent for both the Soviets and the FBI. He was the most unlikely spy—a short, pudgy promoter born in St. Petersburg, who was a music prodigy for the Tsar before the Russian Revolution. He escaped after the 1917 upheaval and made his way to Hollywood, California. Morros was a wheeler-dealer who dressed in flashy, brightly colored garments. The head of music production for Paramount Pictures, he yearned to produce and direct his own movies. After leaving Paramount, Morros would finally get the opportunity to make his “B” films with tight budgets and second-rate actors.

Jonathan Gill’s new biography of Morrow, Hollywood Double Agent, is a comprehensive review of the life of this entrepreneurial agent. Although most spies in the Cold War enlisted out of ideological devotion to one side or the other, Morros signed on for profit. When he later became a double spy, he would bill both of his employers for the same out-of-pocket expenses! He enjoyed living on easy street across Europe.

Vienna was a special location for Morros’ activity. Neutral in the Cold War, Austria was an easy contact point for Morros and his handlers. The Russians thought their American spy was fabulously wealthy, but he was actually quite broke. He did have connections, however, visiting the White House, the Vatican, and every great restaurant in European capitals. He supplied the Soviets with compromising information on leading Americans who were mostly his friends.

Although Morros was a dreadful spy, the Soviets were even more incompetent. While Stalin was busy ousting and murdering his rivals, Morros and his various girlfriends lived the high life. Eventually, Morros disappointed the Russian intelligence operation, and he survived a fatal purge only through good luck. Finally, Morros ended his career in espionage, choosing the American side. His autobiography, Ten Years as a Counterspy, was more self-promoting fiction than nonfiction. It did become a motion picture, Man on a String, starring Ernest Borgnine. Morros certainly did not appreciate the reviews the movie received.

Jonathan Gill is an academic historian with appointments at the Manhattan School of Music and Amsterdam University College. His work is convincing and extensive, in addition to being well-written and perceptive. His subject, Boris Morros, was an empty vessel who could be turned left or right depending on how it satisfied his personal interest.