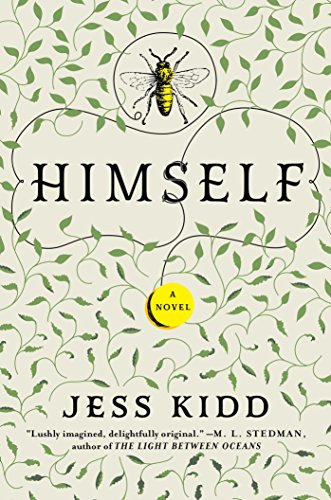 Himself is a classic, feeding the reader through a multisensory smorgasbord of Irish euphemisms.

Himself, a novel by Jess Kidd, is the story of twenty-six year old Mahony, a troubled man, abandoned as an infant, and left on the steps of an Irish orphanage “in a basket, with a quilt of leaves and a pillow of rose petals.” Presented with a sealed envelope containing a photograph of his mother holding a baby, and a cryptic handwritten message, Mahony returns to Mulderrig, the place of his birth, intent on finding out if his mother is alive or dead, and perhaps the identity of his father.

Kidd cleverly blends the shadowy world of the esoteric into a captivating Irish tale set in the real world. Ghostly figures are so cleverly woven in and out of this story, with their naked buttocks and aged shoes, that at times it’s easy to mistake them for the living.

In the quirky village of Mulderrig, described as “the arse end of beyond,” most of the inhabitants are unaware of the ghosts that linger around them. Some may feel the breath of a ghostly kiss upon their neck or the featherlike touch of a spectral finger. But for Mahoney, who has just stepped off the bus from Dublin, the spirits of the dead who he has ignored for years, once again become a part of his everyday visual perception.

Mrs. Cauley, who has “the appearance of a benign spider,” and “the sort of voice honed to turn corners, vault walls, and open door handles,” is a character one might find lurking in the pages of Somerset Maugham’s The Three Fat Women of Antibes. Mrs. Cauley is a delight, and quickly becomes her own Miss Marple, promising to help Mahony uncover the secrets of his mother’s past.

The snappy dialogue in Himself is delightful and a strong asset to Kidd’s flawless storytelling. The story breathes metaphors into sweet descriptive prose, pulling at heartstrings and bursting with humor. Nature is the fabric on which the story is created, and juxtaposed beautifully by the local stage and theater production that Mrs. Cauley uses to flush out the dark secrets of the inhabitants of Mulderrig.

Foul play, fantasy, and a glimmer of romance wrapped up in a suspense-filled ending, makes Himself a delicious, gratifying and ageless story.