The Hidden One: A Novel of Suspense (Kate Burkholder, 14) 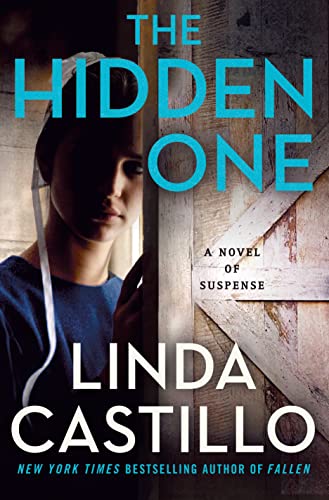 In this, the 14th title of the Kate Burkholder series, we find Kate, the police chief for Painters Mill, Ohio, visited by the elders of the Amish community of Kishacoquillas Valley, Pennsylvania. Minister Mahlon Barkman, Deacon Nathan Kempf, and Bishop Nelson Yoder have come to ask for her assistance regarding a local murder, because she was once Amish and is familiar with their ways. The deceased, their bishop, Ananias Stoltzfus, went missing 18 years prior. A farmer in their community discovered a bullet-ridden skull while plowing his fields, which was identified as that of Stoltzfus.

Kate learns a suspect is in custody, and it is none other than Jonas Bowman, a man Kate had a crush on when she was young. A rebellious teenager, Kate never felt she belonged, though she and Jonas were friends. She could talk about anything and everything, and he seemed to understand her angst.

The Amish are known for being peace-loving and non-violent:

"It's impossible to lump a culture into a box and profess to know everything about it. It can't be done, and anyone who claims otherwise is a fool. But there are cultural norms that can--and should--be taken into consideration, especially when it comes to the Amish. The culture is steeped in tradition. They are a religion-centric sect and prefer to remain separate from the rest of the world. They are a patriarchal society and pacifistic in nature. The family unit is the core of Amish life. They're decent, hardworking people. They're good neighbors. Good friends.

"All of that said, the Amish aren't perfect. They're human, and they suffer with all the same failings as the rest of us. They lose their tempers. They make mistakes. They behave badly. They break the rules. Sometimes they break the law. Some of the behaviors Ananias Stoltzfus partook in went beyond human frailties."

Some regarded Bishop Stoltzfus as a beloved leader; however, Kate knows there had been bad blood between him and Jonas's father when Stoltzfus excommunicated him from the church. Though Kate remembers Jonas was angry about this, she finds it hard to believe he would seek revenge.

Kate travels to Ohio to help Jonas and dig into this case to discover the actual killer. Though holding a grudge against the bishop is not cause for an arrest, what ties him to the death is a muzzleloader found at the scene that belongs to Jonas.

Kate visits Jonas's wife, Dorothy, to ask about the gun. Dorothy says it was always propped up by the wall, so she never noticed when it was gone. She also tells Kate about Stoltzfus's attitude toward the community. Though he went missing years ago and was well into his 80s, Dorothy adds that the man "was strict and tough on anyone who broke the rules."

A visit to law enforcement doesn't offer any answers:

"Information is a priceless commodity during an investigation. The more you know, the closer you are to the big solve. Unfortunately for me, information is the one thing the sheriff's department won't share. I'm no stranger to being stonewalled. When you're a cop, there's always someone with an agenda who's willing to lie, cheat, and steal to keep you in the dark."

Realizing the local constabulary will not help, she heads out on her own to talk to several residents. No one wants to comment because the Amish are close-mouthed and do not want involvement with outsiders, but Kate speaks to them in Deutsch, and they learn she was once one of them, some open up a bit to admit the bishop had been hated.

Many things came to light when he went missing that do not seem like coincidences to Kate. Talking to his daughter and son does not help, for they adamantly believe Jonas is responsible for their father's demise.

Kate is surprised by hearing so many negative comments about the bishop, making her wonder how he ever got the position:

"Initially, I believed Ananias Stolzful was a kindly old man. An Amish bishop who, in the eyes of a few, was too strict. The more I learn about him, the more I've come to believe he was not benevolent. The bishop was judgmental, vindictive, and possibly violent."

As Kate digs deeper into this mystery, she discovers Stoltzfus and his wife were not who they purported to be. The bishop's wife's suicide not long before he disappeared also leads to more questions. Then when Kate gets accosted during the night in her hotel and finds her vehicle with a smashed windshield and four slashed tires, she believes she is getting close to finding the perpetrator.

This novel stands alone as well as the other books in the series, and provides ominous and chilling drama. The Hidden One offers insight into the Amish ways, giving examples of their vernacular and culture as well as those of country law enforcement. Filled with hair-raising suspense, this novel leaves a jaw-dropping conclusion.