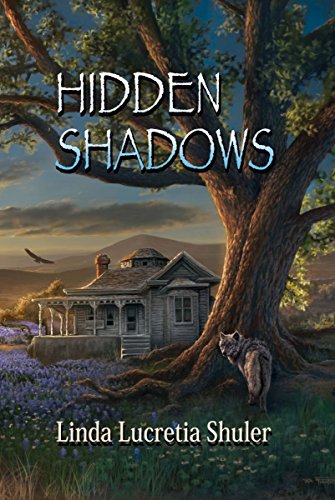 “a beautiful first novel, filled with vivid imagery . . . and a delicate love story . . .”

Recovering from the accidental and devastating death of her husband, Cassie Brighton has returned to the old farmstead left to her by her grandmother. Cassie seeks a respite from mourning but no longer expects it.

“She longed to be thirteen again, worry-free and anticipating the summer ahead in her grandmother’s home among the hills. But here she was, old enough to be mother to the girl she barely remembered, driving under that same sun toward the same home, now holding only echoes of long ago days.”

She’s no sooner settled than she’s swept into a subtle flow of visions of the past that become increasingly stronger as the days pass.

“unsettling dreams. Or visions, if that’s what they were. Or hauntings. Or imaginings. Or a crazy mixture of them all.”

Meeting her neighbors distracts her somewhat. There are the old Germans Justin and Berta; young Billy, a genius with music as well as automobiles; his father Guy, a sullen, secretive man obsessively possessive of his son since the day he accidentally caused his wife’s death; and an elusive artist named Hawk whom she’s only seen as a silhouette against the hills or heard as he plays his flute at night.

“The partial shadow of a man spilled upon the hilltop . . . a profile, arms raised, playing a flute. The feathers in his grassy hair twined with a cactus flower.”

All these people affect Cassie’s life the year she lives in Spring Creek, readying the old house for sale. She’s also on a trail of discovery of her ancestors, courtesy of letters found in a trunk and the words written in German on the back of an antique clock. Cassie’s never been told anything about her family.

“A sense of belonging, that’s what she longed for. To be part of a loving whole.”

Now, curiosity whetted, she’s determined to learn all she can before the house and the property leave her hands forever.

“This house and all that created it were unknown to her, except for the life and love that Mimi brought. The unanswered questions about her ancestors, about what came before Mimi entered this world and after, all the questions unasked or even unthought-of, were manifest in this single key . . . She had an entire year to explore and decide what should be tossed, sold, or given away. Maybe searching for clues to Mimi’s past would take her mind from the unpleasant tasks that lay ahead—as well as from the memories of what she left behind.”

When she meets Hawk face-to-face, something else springs to life . . . that flame killed when husband Thomas fell to his death.

“He lifted his head and looked directly at Cassie. His eyes were piercing and deep green, the green of oak leaves. They burrowed through her skin and marrow, filling her with green. Something in them—a connection, an unspoken communication, a challenge—made her hesitate to speak or even breathe. He smiled at her then, slow and easy, as if thinking, Come here girl, let me hold you. Come here girl, let me play you like a flute.”

Cassie falls in love again, and from Hawk’s reaction, the feeling is mutual, but old memories and old tragedies may stand in the way of their ever being free to express their attraction.

Before the year is out, Cassie will discover more than she wishes to know, about her own background, about Hawk, and about the house where more than one tragedy was played out and has now engrained itself within those ancient walls.

“All families have secrets best kept in the closet.”

Hidden Shadows is a beautiful first novel, filled with vivid imagery bringing the Texas plains to life for the reader, as well as a delicate love story. Newcomer Linda Lucretia Shuler has written an entertaining and thought-worthy romance, showing as it does that even events in the past that are well hidden can often affect both occurrences and people in the present.