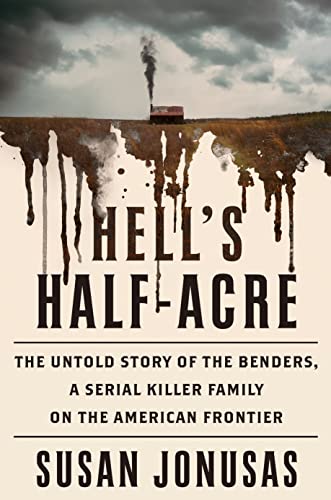 The best history to learn about is that of unknown or otherwise obscure events, especially in this instance where a 19th century American frontier “serial killing” family is concerned. One only tends to think of serial killing as a more contemporary phenomenon. Admittedly, this case is one where the killers seemed to be more interested in robbing their victims and disposing of their remains in order to hide the evidence of their acts.

The more contemporary serial killer seems to do so as a result of compulsion, psychopathic tendencies, just for the thrill of killing, or perhaps terrorizing and exerting power over someone else’s life. The Bender family may have been like this, but they were not above relieving a victim of his worldly belongings as he passed by their lonely abode.

Settling on the frontier was a gamble in more ways than one. Besides the isolation and distance from services and necessities, there were always the dangers from the environment and the indigenous people as well as those who operated outside the law. Who would think that an ostensible dry goods establishment run by a family would be anything other than a haven and shelter, even a temporary one from the vicissitudes of nature and man?

Although one should have been at least remotely self-reliant prior to taking up residence on the Plains, the need and ability to also rely on even remotely close neighbors would tend to increase one’s chances of success in the wide-open spaces of the West. Obviously, this was not always the case.

In this instance, that reliance was severally misplaced. Travelers passing by on their way elsewhere often had all of their worldly possessions with them but would also be easy marks for anyone tempted to waylay them, in particular single men (including one whose 18-month-old daughter was killed as well), people who could easily disappear or go unnoticed on the sparsely settled frontier.

The killing family itself is somewhat of a mystery. Although seemingly German in origin, there was some question as to whether the “daughter” Kate, was actually related to Ma and Pa Bender, and if the fourth member was some other kind of distant relation or perhaps Kate’s beau.

In any event, they apparently were not the most sociable of people, and Kate’s embrace of spiritualism didn’t help matters either inasmuch as she many times attempted to force her services on the local bereaved. Some intended victims managed to listen to that little voice in the back of their head and escape before becoming a victim. Unfortunately, there were far too many who didn’t. The overall count isn’t known but at least 11 victims have been accounted for.

The format of this publication initially covers the Benders’ arrival in southeast Kansas, relations with their neighbors, and then the encounters with their victims before proceeding to the discovery of their nefarious undertakings and the pursuit by law enforcement for the purposes of meting out justice.

As with many mysteries, there are still a lot of unknowns and unanswered questions even 150 years later that are what make this book so interesting. It’s an intriguing case of true crime.

There are two maps included, one of which shows Labette County, Kansas, and the surrounding counties that were the location of the events described. The second map is one of the larger area of Kansas, Indian Territory, and extreme north Texas where the pursuit of the family by law enforcement was focused.

The illustrations are almost all from various contemporary editions of Harper’s Weekly, with at least two based on the photographs taken by George R. Gamble at the scene. Interestingly, these photographs show the presence of at least two women while the victim’s remains are recovered from their respective graves, something out of the ordinary, if not unheard of, for women in the 19th century.

With the inclusion of a bibliography and index, author Susan Jousas has produced an eminently interesting and, in a manner of speaking, entertaining first publication effort. Even today, we are fascinated by those who seem to kill without compunction.