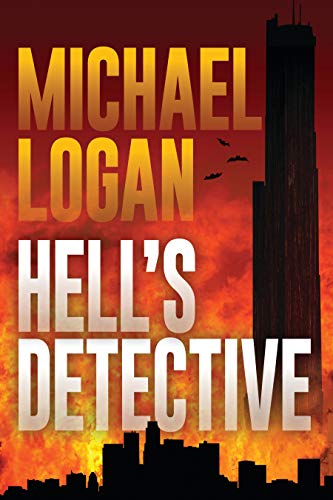 “an imaginative story with some creative viewpoints about guilt, punishment, and redemption . . .”

Since the night she accidentally shot her lover, and then remorsefully took her own life, she’s existed in a place called Lost Angeles, a suburb of hell where all roads leading out of town ultimately go back into it. Nightly, creatures called Torments possess the inhabitants, making them relive the acts sentencing them to punishment. There are Administrators overseeing everything, and Trustees running the city, meaning it’s business as usual, with criminals, graft and corruption . . . and ordinary people simply suffering through it all. . . .

One of the Administrators collars Kat. Her name’s Laureen, and she’s a demon with a problem. It seems she was given a certain object to keep for the Big Boss. Now he’s coming to town for a meeting, and that item has disappeared.

Laureen offers Kat a deal she can’t refuse: find the object and she’ll call off her own special Torment.

Soon Kat’s working the most important case of her career, discovering that the theft was an inside job, but which Administrator is behind the deed . . . and how was it done?

She discovers the importance of the missing item and that not only demon Laureen is the only being is after it, but for a different reason.

“All the myths about Armageddon are wrong. God doesn’t want to punish sinners or destroy to world so he can create a new one. Gods wants humanity to work through its problems. Satan’s seeking to destroy God’s work. This thing is his doing.  It holds the end of the world . . .”

Not merely the real world, but Lost Angeles as well, and any hope of the souls there being given a second chance.

“We’re well into the new millennium and the world’s a shambles.  So Satan has given the go-ahead. . . . The Four Horsemen have ridden out and brought a few friends.”

In Kat’s attempts to discover the culprit, she’ll also learn the identity of Flo, the most powerful Trustee in Lost Angeles, as well as why he’s never seen by anyone. When she does, it’s going to change her immortal hell-bound life for eternity.

Now she has more reason than ever to find Laureen’s lost object.

This is a most entertaining novel with a definitely unique plot. Written in the crime noir style with a tough-gal detective in place of the usual world-weary male protagonist, there are the usual cast of characters for this kind of tale, but they’re all touched by the supernatural which adds a refreshing savory to the mix. It’s an unusual and imaginative story with some creative viewpoints about guilt, punishment, and redemption, and some mythological references thrown in for good measure.

Like her fictional male counterparts, Kat’s a strong character in spite of her guilt, ready to help friends when needed, and in the end, willing to sacrifice for those she deems worthy. Hell’s Detective in an enjoyable story with a surprisingly happy ending for a narrative set in hell.

Kudos to author Logan for an inventive approach to an age-old subject. Here’s hoping Kat Murphy will have more adventures in Lost Angeles and her creator will chronicle them for his readers.