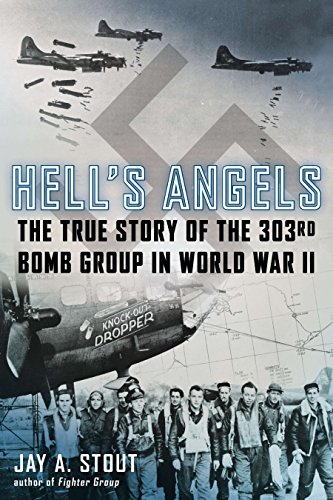 “[a] history of heroic aviators who racked up racked up an impressive combat record as one of the preeminent Bomb Groups in the 8th Air Force.”

The strategic bombing campaign conducted by the Allies during World War II was both costly and controversial. The men who conducted these raids suffered some of the highest unit casualties of any fighting organization and continued to fly these missions even as their odds of surviving a full tour of duty seemed remote. This volume tells the story of one such group of selfless aviators.

Jay A. Stout provides both an excellent combination of historical narrative and unit history, weaving the individual stories of airmen into the overall story of the Allied air campaign against Nazi Germany.

In addition, he does an excellent job of describing the neverending effort to arm, maintain, and keep these highly complex flying machines in combat with an extensive maintenance and logistical effort, and how these unsung ground personnel were equally as important as the aircrews flying missions.

Although the proponents of American strategic bombing believed that Germany could be brought to its knees by bombing its industrial capacity to cripple its war-making capability, the reality never really lived up to the promise.

Strategic bombing was a dream of the crop of airmen born in World War I who continued to develop better aircraft and doctrine during the interwar years.  Yet, even with these visionaries touting the potential of huge bomber fleets pounding an enemy into submission, the United States was woefully unprepared for both the scale and intensity of the air combat that would eventually occur in the skies above Germany and occupied Europe.

Nonetheless, the U.S. was able to develop the most awesome air force in history, going from being able to barely muster 100 bombers for raids over France in late 1942, to sending armadas of over 2,000 bombers escorted by over 800 fighters deep into Germany by late 1944 when the Luftwaffe had finally been driven from the skies over Europe.

The 303rd Bomb Group's trials and tribulations of forming a true strategic air arm are told with honesty and detail. The armada of B-17s were manned by crew members who learned their craft in combat, sometimes with tragic or comical results. Many of the first raids bombed the wrong target or were forced to return due to bad weather.

Even when the bomber fleets began to fly longer missions with more aircraft, their loss rates were substantial, reaching 40% of the aircraft flown on some missions and for a time in late 1943, it appeared the German Luftwaffe might have a chance of beating back the bomber fleets as mission losses became unsustainable.

For example, the author notes that over 60% of the original pilots that started with the 303rd Bomb Group in 1942 were either dead or shot down and taken prisoner by late 1943. The odds of an aviator completing the required 25 missions to end their combat tour seemed to grow as the aerial duels became more intense.

Through it all, Stout tells the story of how the aircrews continued to carry out their duty and how they tried to cope with knowing that each mission flown could be their last as the unforgiving environment of aerial combat offered many unique and horrible ways to die, from a sudden explosion of their aircraft, to a mishap trying to bail out of a stricken B-17, to the potential that German civilians or soldiers would angrily murder them on the ground even if they survived bailing out.

They were ordinary Americans who learned their craft on the job while suffering horrific casualties. Their unit history is told without holding back the human element as this group contained heroes and cowards, fools and lotharios, martinets and men who just wanted to do their tour and go home.

The men who took to the skies above Europe played an important part in destroying the German Luftwaffe and making the D-Day invasion possible, and their sacrifice is well told in this history of heroic aviators who racked up an impressive combat record as one of the preeminent Bomb Groups in the 8th Air Force.