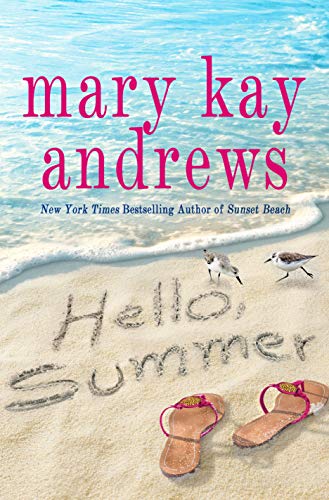 Sarah Conley Hawkins, a big-shot reporter for the Atlanta Journal-Constitution, is offered a lucrative position with "Intelligentsia," an investigative news service in Washington, D.C. She loves being a journalist and has held many jobs, but this is her chance to rise further to the top. Another reason to start fresh is her recent breakup with Kevin Rattigan, her live-in male friend.

Her colleagues celebrate her promotion with a goodbye party, and Sarah, who prefers to be called Conley, hates parties as well as goodbyes. She tries to skip out quickly but is flummoxed when she gets a text from her estranged sister, Grayson telling her the company she's leaving Georgia to work for just suspended publication. How can this be? She's supposed to be there tomorrow. Anxious, she phones her presumed new boss only to get his voice mail, but then she catches the news and learns it is true. She is now without a job. What is she going to do? The only thing she can think of is to head to her childhood home in Silver Bay, Florida.

When in town . . . "Sarah confronts a part of her personal history she'd just as soon forget. And that was the thing about being back in Silver Bay, she realized. For every happy memory, like watching a Gulf sunset from the porch of the Dunes of sipping a Cherry Coke at the lunch counter at Kelly's drugs, there was also the reality that with every block she turned in this town, it seemed, she bumped up against a sharp corner of her painful past."

Depressed and distraught, she figures a few days with her grandmother Lorraine will help her assess her future while she soaks up some rays at the beach. She dreads returning. She left after her father's death, and she does not look forward to seeing Grayson, for the two always clash. Both were raised by their grand-mother and grandfather after their mother got restless and took off never to return. There's always been friction between the sisters, and they are as different as night and day. Conley is more introverted and reticent, whereas Grayson is outgoing and lively, though Conley always felt Grayson is envious of her climbing the publishing ladder. Unfortunately, with the times as they are, print newspapers are now going by the way of landline phones.

Overjoyed at having Conley back in the bosom of the family, Lorraine is determined to get Conley to work at the paper The Silver Bay Beacon. Grayson, a few years older than Conley, manages the small-town weekly that her grandfather started years ago.

She refuses to take "no" for an answer from Conley, so she is given the job of directing the gossip column known as "Hello Summer." An elderly native of Silver Bay, Rowena Meigs, writing this column for years, is offering comments that are getting out of hand. Fired at one time when Conley's grandfather was in charge, she pulled in many "favors" townsfolk owed her, so she was reinstated. Now, though, Lorraine feels it is the time to get rid of her.

The night Conley arrives at her grandmother's house, she's surprised to find she isn't already settled into the Dunes, the beach house about 15 miles away. Grayson says she's concerned about Lorraine being unsteady on her feet and wants to keep her close by where she can keep an eye on her. Lorraine poo-poos her and after a bit of an argument, Conley states she'll watch over her at the Dunes.

Frustrated as she usually is with her sister, she goes out for a drink, but with no place open nearby, she heads the American Legion, 10 miles outside of the town limits. It is here she runs into her old childhood friend, Skelly, short for Sean Kelly. The two remain talking and drinking until the wee hours.

Conley over-imbibes so Skelly drives her home, and on the way, they come across a smoking car overturned and in the ditch. Though they try to help, before long, the car becomes consumed and the unconscious driver cannot be saved. Both Conley and Skelly wonder who would be out alone at 3:00 a.m. on the solitary road.

Later, it is learned the deceased is Congressman Charles Symmes Robinette, a well-known native to Silver Bay. Speculation mounts as to the accident and his death, and this proves to be a big scoop—something right up Conley's alley. She decides to pursue the matter, knowing a story about the political figure could garner national interest. The only problem: Grayson wants to let it lie and refuses Conley to dig into the man's past.

Never one to run away from a challenge, Conley is determined to dig in, and when she does, she finds herself in danger. Skelly becomes her biggest advocate and feelings for each other surface. What Conley once thought of her tiny hometown is seeming to turn into a den of iniquity, and she'll never see it as she once envisioned.

What many may consider a beach read, Hello, Summer offers much more. Though a smattering of a stilted romance is included, mystery takes over the plot, which is overdrawn when it could be resolved without so many obstructions. However, the coastal setting and stereotypical southern characters add color to the tale.