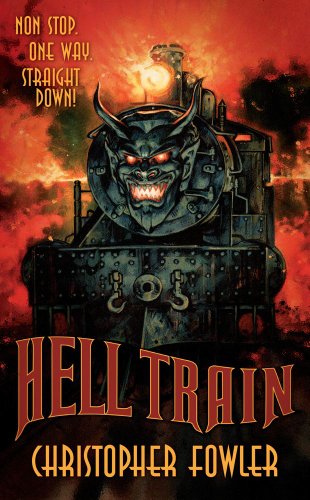 “Mr. Fowler does an excellent job capturing the tone for his bi-period piece, creating a veritable movie within a novel . . . Through stylistic prose, the author hits his mark, perfectly capturing the nostalgic tone of old black and white movies and adding his own personal flare to give the story a wonderful Hitchockian flavor.”

With horror movies slowly going to the wayside, Hammer Films finds itself teetering on the precipice of extinction as the good old days fade off into England’s version of the Hollywood sunset.

On the eve of the 1970s, the iconic studio still retains the air and attitude of the 1930s as American screenwriter Shane Carter pulls up to its front doors. After a brief discussion on the usual suspects of werewolves and Frankenstein monsters having run their course, Carter is given exactly five days—four and a half counting from that moment—to come up with a whole new way to terrify movie goers.

Shane is given basic guidelines that the film should include: an exotic location; young lovers; fearsome creatures; a dire warning; rituals; curses; dreadful consequences; and the usual don’t-go-to-the-castle-at-night rules and edicts. As well as the main subject to pull it all together: a train.

Left to his own devices, the screenwriter finds an old board game called “Hell Train,” and it is from this that the tale begins. The scene opens in 1916 Carpathia, which is about to be invaded by soldiers. Three English travelers and a local girl named Isabella find themselves in the wrong place at the wrong time.

With no other choice, they are forced to board a midnight train that does not exist on any schedule nor whose route is charted on any map, and is known only as the Arkangel. As the train resumes its journey, the foursome is joined by strangers of questionable character, various social standing, and even a mysterious casket.

With every passing hour, more questions than answers plague them as they hurtle through the countryside in the black of night to destinations unknown. But for all the mysteriousness of the train that the travelers attempt to solve, it is the mysteries within themselves that will be most revealed.

The concept of creating a horror movie from a board game has potential for the big screen--in a very Jumanji kind of way. With more than 30 novels and short stories under his belt, British horror and sci-fi writer Christopher Fowler is no stranger to books or film.

Mr. Fowler does an excellent job capturing the tone for his bi-period piece, creating a veritable movie within a novel that is being written in England at the end of the 1960s and set in Eastern Europe in the early 1900s. Through stylistic prose, the author hits his mark, perfectly capturing the nostalgic tone of old black and white movies and adding his own personal flare to give the story a wonderful Hitchockian flavor.

Despite adhering to the stiff and proper structure of the time, Christopher Fowler finds a handful of opportunities to stealthy infuse the story with a bit of understated wit and humor, such as when Isabella explains her mother’s death to her traveling companion by noting that her mother “suffered from hereditary disappointment.” Mr. Fowler even manages to include a mob of angry torch-bearing villagers for an additional nod to the classics.

For those diehard fans longing for a journey back to the good old days of horror and suspense, Hell Train is just the ticket.