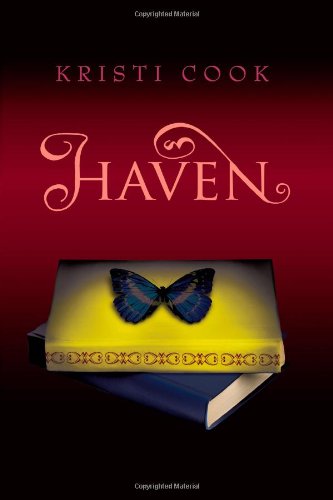 After the painful loss of her parents, finding the Winterhaven School was such a relief. The unexplained visions that made Violet McKenna feel like an outsider for most of her teen life, allowed her to fit right in at Winterhaven—because at Winterhaven, everybody has a special gift.

Violet’s roommate, Cece, can leave her body and project herself anywhere by just thinking about it, Marissa is an empath, while Kate employs telekinesis; and, although she can’t heal, Sophie diagnoses medical maladies.

Having only her grandmother and stepmother left in her life, Violet finds that making friends has made the transition from Atlanta to New York even easier; but, when she meets the mysterious and gorgeous Aidan Gray, things get a lot more complicated.

With an immediate and extremely strong connection between them, Violet and Aidan will not only have their own strengths and abilities put to the test, but will also learn that together, they are even more powerful than they thought.

However, when Violet’s visions show Aidan lying in a pool of blood, apparently inflicted by her own hand, she begins to wonder if love can overpower destiny.

Like old-school Danielle Steele novels, young adult paranormal has become incredibly formulaic—the awkward teenager, who doesn’t fit in, finally finds acceptance and falls for the mysterious and gorgeous boy or girl with a dark secret.

With so much out there already, finding a new niche or a speck of originality in the young adult para-genre is getting more and more difficult; but, luckily for the purveyors of this pop culture staple, readers still have a soft spot for cute boys and first love.

Despite the oft-used theme, obvious influences and some seriously borrowed scenes, Kristi Cook manages to pull together a fairly decent debut. With a fast-paced plot line, continuously unfolding drama, a bit of romantic anticipation and a few well-timed twists, Haven is bound to be a favorite.