The Haunting of Leigh Harker 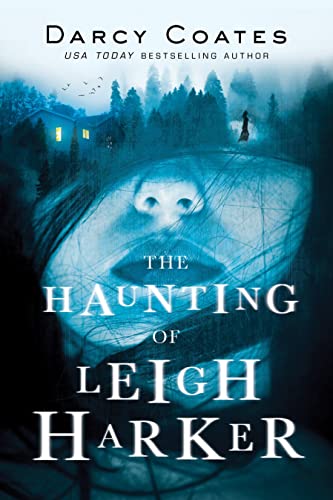 “A ghost and the new owner of her home set out to solve a mystery and uncover a more sinister secret than a mere haunting.”

Leigh Harker awakens one night to the fact she’s not alone in her home. Some entity has intruded. She calls the police, but when they come, their questions and statements are off-center, not really relating to her complaint.

“They were slow to come inside and swift to leave. Their search was conducted not in the way I would expect someone to look for a threat, but as an exploration. And the whole time they were inside, not once did they make true eye contact with me.”

When Leigh’s sister arrives and begins talking to someone else and ignoring her, Leigh realizes the truth. She isn’t the one being haunted; she’s the haunter.

“I try to keep my voice emotionless, to not let her hear the fear that churns inside. “Am I dead?’

“She draws in a slow breath, and it whistles as it goes down. I expect words to come on the exhale, but they don’t: she simply releases it. A sigh, tainted with sadness and I have my answer.

The new owner of Leigh’s home is Sarah, an older woman who had lived in the house as a child before Leigh purchased it. She knows Leigh is there, welcomes her, in fact.

Leigh has no memory of dying or where or how. Sarah offers to help her find out and “move on.”

“‘Are you sure you don’t remember how you died?’ she asks. ‘If you know how and where, I could give your sister closure. And help you move on.’

“It’s a strange question, made even strange because I don’t have an answer. A person should remember their death, shouldn’t they?”

Together, the deceased former owner of the house and its living new owner agree to discover what happened to Leigh and why:  Why did no one at work miss her though she was absent for months; why did Leigh take her passport and money but not her car? What do the passages in her journal mean about a Peeping Tom neighbor?

Then Sarah has a stroke and is partially disabled. Nevertheless, she includes continuing her search for answer as part of her recovery.

In their search for Leigh’s body and why she was killed, Leigh will learn a great deal about her life, Sarah’s, and the house they both love, as well as the secret it hides.

This is a ghost story with a twist. It begins with a woman awakening to sense there is a stranger roving around in her house, and then—it’s not the woman who’s being haunted by ghosts, but, like the heroine of The Others, she discovers she’s the one doing the haunting.

Fortunately, Leigh Harker finds a kindred soul in Sarah, the new owner. Then she learns that Sarah also suffered a tragedy while living in the house as a child. Her little sister disappeared but, unlike Leigh, was later found dead.

Leigh begins to think the house itself is the culprit, claiming the lives of those who live in it, but other events—lights in the house, figures moving about—seen long after Leigh is supposed to have vanished, hint at a much darker reason.

The solving of the crime takes another clever twist as a ghost and the new owner of her home set out to solve a mystery and uncover a more sinister secret than a mere haunting. Leigh is a most benign and pleasant ghost, as opposed to some literary creations, and the reader will be in sympathize with her confusion and concerns.