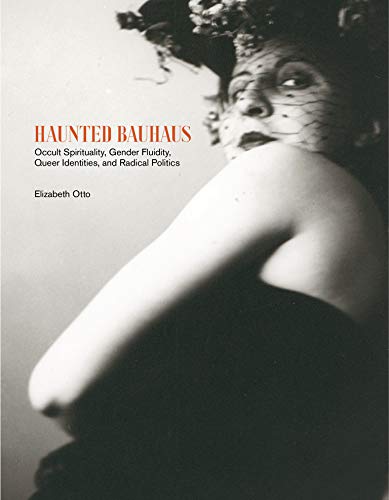 The famed Bauhaus school of art and design in Germany was founded in 1919 by pioneering architect Walter Gropius in Weimar. The institution was the most innovative architectural, engineering, and modernist art movement in post-WWI Europe until it was shut down in 1933, due to the rise of the Nazi party. The school’s most celebrated artists include abstract expressionists Paul Klee and Wassily Kandinski.

In this centenary year observance of Bauhaus, art historian Elizabeth Otto reveals some missing and most accomplished artists and designers who are part of Bauhaus’ history, who have been ignored or erased from the institute’s official history.

Google “Bauhaus artists” and the list that pops up is comprised of all men. In the institution’s literature about the artists who were part of Bauhaus, many of the most accomplished artists, designers, and engineers were women and their contributions had been systematically ignored or undervalued compared to the work of their male counterparts.

Also missing the official histories of the school are the many gay and lesbian artists who contributed to the movement who were also being demonized under Germany’s Paragraph 175, which criminalized homosexuality. That Bauhaus was established in the Weimar era, a movement that was indeed a culture of proto-feminist sensibilities and a self-liberated gay underground.

Otto examines how gays and lesbians at Bauhaus were aware of the establishment’s disdain for expression of anything out of the straight culture of the era. They made work that expressed gay identity and may have slipped through the radar then, but Otto decodes the intent of the artists andnd their subversive strategies to create in this singular era, reflective of Germany’s subcultures, soon to be wiped out by the emergence of the Nazi party.

Haunted Bauhaus is most engaging when Otto examines the individual lives and work of the gay artists, the feminist voices, and the artistic mystics who were creating work outside of the orthodoxy of the institute, in plain view, at their own academic peril, or in coded ways that got past detection.

But the rebel Bauhausers were nevertheless defining many of the programs that turned the institution into a cultural movement. In the section The Femininities of Transformation Otto examines influential artists as clothes designer Renate Richter Green (later Re Soupault), and the subtle psychosexual art of Margaret Camilla Leiteritz.

The most accomplished Bauhausers include gay and lesbian photographers and painters “who are somewhat known—such as Max Peiffer Watenphul or Florence Henri—their sexuality is almost never discussed.” But as the book’s prints of their work show, their sexuality remained central to their work because of or in spite of the Bauhaus' straight male pedagogy.

Richard Grune spent a year at the Bauhaus and then left to become a graphic designer and leftist activist, bravely producing anti-fascist newspapers and graphic art. Otto’s introduction is dense going, but academically vital in its distinct examination of comparative art theories and methods. But the chapters on the artists, their lives, and work is rescued bio-history and engrossing in its depth.

Otto also chronicles the first years of Nazi ban on free expression that was systematically replacing all of German art, design, and culture for Nazi propaganda. Otto’s consummate research and analysis has rescued some important LGBTQ+ and art history.