The Hated Cage: An American Tragedy in Britain's Most Terrifying Prison 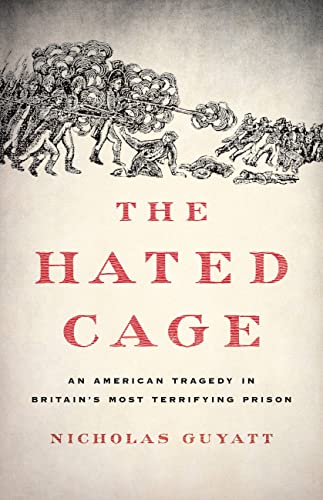 “This is a well-written monograph on one of those largely unknown incidents of our history. The story of these Americans deserves to be told.”

Previously stated multiple times, in multiple locations and for multiple reasons, the best history is that which one does not know or is otherwise obscure. Although the incident referenced here was once well known in America, it has faded into the background, given the many other events that have since occurred in our history. The fact that it happened in Great Britain only lends to its ultimate disappearance into our national background.

Interestingly, this is not only about the “massacre” in question, but author Nicholas Guyatt has included a considerable amount of information in the way of the development of prisons (in the contemporary form), the different types of prisoners held, the prison culture and society established by them while incarcerated as well as, importantly, the racial types and hierarchies.

Dartmoor prison, located on the moors of Cornwall, was the brainchild of a British gentleman who was a righthand man of sorts to the future King George III. As much for purposes of incarceration, it was also a development project intended to bring new inhabitants and industry to the then desolate area that also helped to thwart any successful escapes in the meantime.

The European wars of the early 19th century enveloped not only France (the Napoleonic Wars) and Great Britain but also, eventually, the United States, in the War of 1812. Consequently, Britain found itself with prisoners from both of its enemies’ navies, privateers, and merchant ships. These prisoners found themselves thrown together at Dartmoor until peace was signed with France and the Frenchmen were released with the result that more Americans were then incarcerated.

A large problem with these American prisoners was their type of service. Many were “pressed,” one cause of the war, into the Royal Navy and were viewed with suspicion for their possible disloyalty by the others. Those captured from privateers were viewed with suspicion by the British as potentially engaging in piracy. Those of the US Navy sometimes felt it necessary to enlist in the king’s service in order to escape the boredom and drudgery of prison life.

Finally, a fairly large number of American sailors were African and eventually found themselves segregated in their own prison block, where they were ruled by one King Dick, and, additionally, were hesitant to board the initial wave of ships chartered to deliver them back to America after the Treaty of Ghent was signed, ending the war, because of a fear of being delivered to Southern ports where they would be exposed to slavery and second-class status.

Overseeing their repatriation was the American consul in Britain, Reuben Beasley, nicknamed Mr. Beastly by the prisoners for his lack of effectiveness and seeming empathy in prisoner exchanges and providing some modicum of government relief while they were imprisoned in what were, unsurprisingly, horrific, unsanitary, unhygienic, malnourished conditions.

By the time the massacre is reached, it is almost an afterthought as the text emphasizes more of the above factors. Its circumstances need not be described here, but the local militia guards were responsible for the deaths of nine prisoners and injuries of dozens more. In the end, most returned to America and resumed their lives but experienced a distinct feeling of abandonment by their government as many received no pension or other support for their prison sufferings.

As a result of the emphasis on the prison and the prisoners, especially and, in particular, the racial aspect, critically speaking, the subtitle of this book is somewhat of a misnomer. Indeed, it is a bit puzzling that the individual parts that divide the book are all titled with respect to King Dick, no matter the material discussed in the individual chapters of each part.

Interspersed throughout the text are contemporary illustrations of the prison and its layout, personages and title pages of some prisoners’ post-prison memoirs. A map of Dartmoor’s location would have been helpful but is not included. By the way, a convict’s prison since the War of 1812, it is slated to close as such in 2022.

In any event, the massacre referenced was quite naturally compared to that of Boston’s in 1770. It was a patriotic morale raiser in wartime, once publicized in America, but dropped largely from the bigger picture after war’s end as Britain and America found commercial trade much more conducive to each other than conflict.

This is a well-written monograph on one of those largely unknown incidents of our history. The story of these Americans deserves to be told.