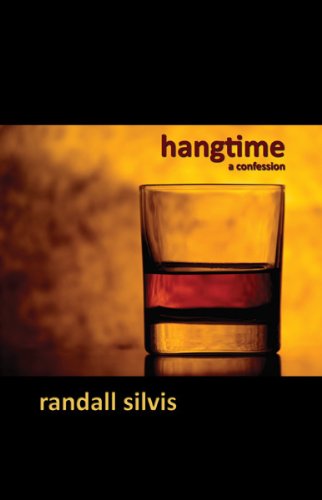 Every week, tens of thousands of NASCAR fans line sweltering racetracks in hopes of being up close when a spectacular crash occurs. Millions of fans watch “American Idol” waiting to snicker at the next William Huang (the famously horrible singer made entertaining by his cluelessness).

Movies like Borat draw millions of condescending laughs by setting up dupes and cherry picking their ugliest moments for our entertainment. Highway drivers rubberneck at accidents hoping for a fleeting glimpse of blood and gore. Schadenfreude—taking delight in the misfortune of others—is a widespread human impulse. But surely readers of literary fiction, that most sophisticated subset of the population, are beyond such a base impulse?

Randall Silvis’s Hangtime: A Confession is an aria of literary Schadenfreude. Terrence “Nuke” Newcombe is an English professor who has made a mess of his life. Now middle-aged, he remains haunted by the death of an old friend—a death abetted by his boyhood cowardice.

Thirty years later, Nuke has ruined two marriages, slept with a gaggle of students, estranged his son, and descended into morose alcoholism. With his drinking buddy, Lester, they bumble into periodic misadventures, but mostly just sit around putting down the world like an over-educated version of “Beavis and Butthead.” Then Nuke has a meltdown (pardon the pun) and lands in the hospital. He begins the painful process of drying out and putting his life back together. Before the book’s end, Nuke is on a positive trajectory.

Despite the redemptive plotline, Hangtime is devoted mostly to the painfully thorough exploration of Nuke’s sins and guilt. By using Nuke as the main character and narrator, Silvis gives Nuke supra-abundant opportunity to self-loathe. Nuke colorfully insults himself dozens of times across the book (i.e., he calls himself “a two-headed cow;” he reveals drinking himself into stupors and vomiting during sex on both of his honeymoons).

Nuke exquisitely documents every moment of disconnection with his son, every dirty-old-man moment of lust for a younger woman, every moment of self-doubt. Nuke’s dialogue is full of smug references to literary classics and digs at academia; his knowledge of the literary canon is evident, his respect for it is less evident. Even as Nuke dries out and begins to reconcile with his son and first wife, he remains hyper self-critical. (He tells his son, “You got your mother’s beauty and your mother’s brains. Thank God you didn’t get a damn thing from me.”) As a self-loather, Nuke is without peer.

Fortunately, Silvis recognizes that his book cannot be an unending string of failures and deconstruction of failures. He has laced Hangtime with humorous and thought-provoking asides. For example, Nuke describes his second wife’s vindictiveness this way: “Valjean’s ugliness hides like an eel in a crevice.” Nuke describes books as “born not of answers but of questions, ignorance and not knowledge is the whip that drives a writer to his pen.” The frequent injections of highbrow cleverness bring levity and wisdom to Hangtime. As demonstrated across his previous novels, Silvis is an excellent craftsman of smart and smart-mouthed narrative.

Even with its wit and obligatory splash of redemption, Hangtime remains, more than anything else, 230 pages of brooding. Yet most readers, including those who consider themselves readers of only the best literary fiction, will read to the end of this book. They will do so because Hangtime provides what many readers of literary fiction enjoy: clever writing and informed send-ups of academia and the classics.

More important, Hangtime, has what we want (but might not admit to wanting): it plays to our Schadenfreude. We can put down the books, Nuke: The Irreverent Scholar and Nuke: The Wisecracking Drunk. But we cannot turn away from Nuke: The Man Who Ruined His Life. We like human failure.

Hangtime flatters our erudite self-image and caters to our dark side.