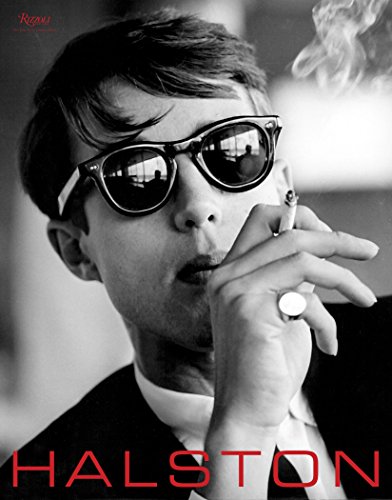 “Frowick clearly uses the book as a vehicle to show the world that Roy Halston Frowick, aka Halston, was a loving man who fell victim to his own habits, intelligence, and abilities as well as being a victim of corporate greed. . . . she tells of the man she knew as opposed to the personality that the rest of us came to know.”

Without question Lesley Frowick has written an endearing and intimate telling of her beloved uncle, Roy Halston Frowick. Ms. Frowick’s telling of his life is a love letter and paean to his legacy as well as to her late uncle as she has chosen to gloss over so much of, what some might deem, unpleasantness that was part of his tumultuous and tempestuous personal and professional life.

Halston was without question a consummate designer who was head and shoulders above so many of his contemporaries as well as those who came after him. He was a pioneer in the fashion business who saw what was ahead years before everyone else caught up to him. Unfortunately, part of his clairvoyance became his downfall; in a nutshell, what started at Bergdorf’s ended at Bergdorf’s. If you have no clue as to what is being said here then you must read this book.

Anyone who was either a part of that world especially in the 70s has an idea of Halston’s escapades especially on a social level. His life was chronicled in the trade papers as well as in most newspapers around the world. Ms. Frowick does not ignore these facts but she certainly does not dwell on them either. Her portrayal of her uncle as just a Midwestern boy made good is a tad innocent but very understandable as she clearly adored him and was more than appreciative for having been swept up into this magical world of OT and 101. (You have to read the book to decipher the code)

The best way to summarize this book is to say that Ms. Frowick has approached the life of this designer as a sentimental journey. What sets the book apart is that she concentrates on Halston’s relationships to his actual family as well his extended family. By all accounts he had not lost his Midwestern charm despite his glamourous persona; it was just that the charm was reserved for those he dearly loved.

If you are looking for some juicy and gossipy tale of the rich and famous who inhabited the whirlwind that was the 1970s then move on, this isn’t the book for you. While it is full of photos and provides a great timeline for the designer’s career, Ms. Frowick clearly uses the book as a vehicle to show the world that Roy Halston Frowick, aka Halston, was a loving man who fell victim to his own habits, intelligence, and abilities as well as being a victim of corporate greed. In essence she tells of the man she knew as opposed to the personality that the rest of us came to know.