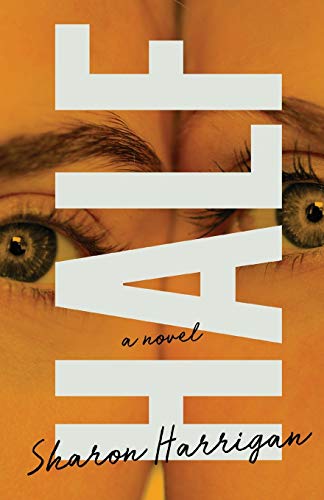 This debut novel by Sharon Harrigan, the author of the memoir, Playing with Dynamite, (2017) tells a dark tale of abuse and retribution. Narrated by twins, Artis and Paula, the prologue begins in Michigan in the year 2030, when the twins are accused of murdering their father, and the suspense immediately escalates at their father’s funeral as the twins ominously wonder, “Why did we do it?”

Parts One and Two relate, in an astonishingly effective first-person plural point of view, all the events leading up to the death of their father, who goes by the nickname Moose. Attempting to piece together the events that led to their estrangement from him, Artis and Paula consider the cruel treatment they received from Moose throughout childhood. When they are ten, Moose abandons the twins in the woods ostensibly to teach them survival skills. He refuses to give their mother an allowance if she gains weight. One day, in a fit of rage, he knocks the picture frames from the girls’ dresser and destroys their bedroom. “Minutes or hours later, we picked up the cracked glass and let it pierce our skin.”

Their earliest memories include listening outside their parents room to their mother making “animal noises on the other side of the door.” The girls have no idea whether she is crying out from pain or pleasure. When they turn to their mother, she is no help at all. Instead she tells them to stay away from their father when he’s crazed. “‘You don’t know what he’s capable of,’ she said, then slunk away.”

Their mother married Moose when she was a teenager, and her total submission to him perplexes the girls. Sometimes she refuses to acknowledge her husband’s behavior, but more often than not, she seems unfazed by him. Their mother’s complicity might be born of gaslighting, real affection for her difficult husband, or a combination of both. Given her implacable stance, the girls soon realize if they want to escape their father, they may have to leave their mother behind, too.

Harrigan raises thought-provoking questions in this novel about codependency, narcissism, and both mental and physical illness. Her deft prose and searing imagination render these characters and their behavior credible. A riveting, inventive, quietly disconcerting page-turner.