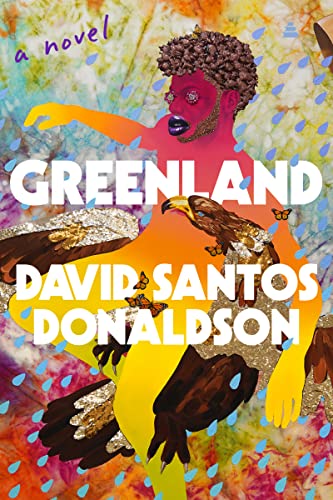 “Greenland is another fine contribution to a growing canon of Black queer fiction.”

In 1915, the great English novelist E. M. Forster, working as a Red Cross hospital inspector in Alexandria, Egypt, met a 17-year-old tram conductor, Mohammed el Adl. Forster was 38 and had only recently had his first sexual encounter with a man. El Adl won him over with his looks, his charm, his self-confidence, and his good English. This working-class Egyptian boy was to be the first love whom Forster never forgot.

Forster was not particularly discreet about the relationship, which he chronicled in letters to his good friends back in England. He pulled strings in Egypt to get Mohammed a better job. Still, the couple had to resist the racism of the British and the mores of the Egyptians. Forster’s Alexandria landlady screamed when she saw an Arab man in the author’s apartment. Natives were not to mix with the British overlords.

Forster returned to England in 1918 but remained in correspondence with his beloved Mohammed and reunited with him on a few blissful occasions. El Adl by that time was married and about to be father to a son he would name Morgan (Forster’s middle name and nickname. The son died very young.). The young man was consumptive and died at the age of 23. Devastated by his death, Forster kept all the mementoes of their relationship, even old tram tickets, and kept Mohammed’s memory alive by writing an unpublished long memoir of their affair. Forster’s romance was documented through letters to his friends in England.

We only know Mohammed El Adl through Forster’s record of their relationship. We know what he looks like from the photographs of him that Forster kept. In the photos, we see a formally dressed, handsome young man staring proudly at the camera.

Kipling Starling, the central character of David Santos Donaldson’s eloquent, totally absorbing, novel Greenland, becomes obsessed with writing a novel that will present this wartime colonial romance through the eyes of Mohammed El Adl. What did the young Egyptian feel toward the celebrated British writer, who was a representative of the nation that brutally ruled his country?

Starling’s fascination is based on his strong personal identification with the young Egyptian. Like Mohammed, Kip is in a relationship with an older white man. Mohammed bears the physical scars of racist attacks. Kip bears deep psychological scars from various forms of rejection because of his Blackness and his queerness. In Kip’s writing, Forster fails Mohammed’s test of his sincere devotion just as Kip’s partner, Ben, no longer can empathize with his lover’s sense of grievance.

Kip was raised in England by proper, self-conscious, middle-class Caribbean parents who are shamed by their son’s homosexuality. When he goes to New York to study creative writing at Columbia University, the Black students reject him because of his English accent, and his racist professor fails his thesis. Suffering from writer’s block, feelings of inferiority, and anger, Kip shuts himself into a basement room, barricades the door, and tries to finish his book on Mohammed and Forster. Half-starved, he starts having visions of Kundalini Shakti, the goddess of creation.

With the book still unfinished, Kip flies off to England, but a set of bizarre circumstances, or fate, take him to Greenland and a meeting with young Black man he sees as the incarnation of Mohammed el Adl. At a climactic moment, Kip is in an igloo in a remote, glacial part of Greenland. The ice is crackling loudly as a new glacier is being “birthed.” Yet even in this place where he hoped to find isolation and peace human tragedy occurs.

Donaldson’s novel alternates Kip’s first-person account of his psychological, spiritual, and creative crisis, with chapters from his novel about young el Adl. The Egyptian died at 23. Kip, now 37, about the age Forster was when he met Mohammed, comes to accept that one cannot escape from oneself or from other people.

Donaldson’s easy style carries one along through Kip’s crises and Mohammed’s testing of Forster’s love for him. The parallels between the two stories are clear, but the novel is too rich to settle for easy equations. There are echoes of seminal works of Black and gay literature. Kip’s visions come out of Tony Kushner’s Angels in America. Of course, the substance of the book is an homage to one of the fathers of modern gay literature, E. M. Forster, whose love for a person of color was a catalyst in the creation of that powerful novel of British colonialism and racism, A Passage to India.

Throughout Greenland, David Santos Donaldson has powerfully captured the isolating pain of a man who has spent his life being seen as “the other.” His central character realizes that, nonetheless, one can only find oneself and one’s creative voice, through one’s messy relations with other people. Greenland is another fine contribution to a growing canon of Black queer fiction.