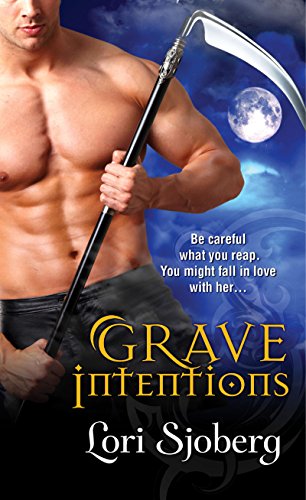 David Anderson has been an agent of death—a grim reaper—for the past 60 years.

During his time in the Korean War, David humanely ended the lives of two badly suffering fellow soldiers and, after losing his own life the next day, found himself back on the battlefield collecting souls.

Despite the merciful intent of his actions, it was still considered a mortal sin in the eyes of Fate, and it’s in her employ that David reaps souls to pay penance for his deeds. Eventually, after an unspecified amount of time, David—as well as his colleagues—will have collected enough souls to atone for his sins and thus be able to ascend.

One of seven agents in the Orlando area, David and his associates collect the souls of those who die unnatural or untimely deaths. The reapers are made of flesh and blood, and are immortal. Though they can’t die, they can be injured.

Currently, David is training newbie and former cop Adam Javorski, who by decree of the big boss is to be fast-tracked. David hopes Adam’s accelerated training means that his own time is almost up.

After a particularly difficult reap involving an exploding meth lab, David is badly injured. Hearing his cries of pain, David’s concerned neighbor Sarah Griffith offers her assistance. The first thing David notices about Sarah is that he can’t compel her with his thoughts, and the second: she’s the first woman he has been attracted to in the past six decades.

Sarah, a scientist, doesn’t believe in the supernatural, despite coming from a long line of psychics, and having the ability to sense death. For David, Sarah becomes the only thing holding him together and preserving the last ounce of humanity he has left—so when her name shows up on his reap schedule, David must decide if he’s willing to risk everything in order to save the woman he loves.

“Death never took a holiday.” Such is the first line in Lori Sjoberg’s new para-romance series about the day in the life of metro Orlando, Florida reapers. Even more amusing than the cold opening, is Ms. Sjoberg’s comparison of Death’s persistence with the diligence of the U.S. Post Office in getting the job done, causing one to wonder if Death will also be modified to a five-day workweek.

Ms. Sjoberg’s decision to shirk the norm and make her reapers into flesh and blood, corporeal beings is a good one. Seeing them live a fairly normal human existence, with human needs and desires makes the story that much more relatable, and, no doubt, cuts way down on the cheese-factor that usually accompanies an author’s attempt to write sex scenes between a human and a wraith.

Despite its tenacity, Death does seem to have a personality and in the case of David Anderson, it’s depressed resignation; however, the fresh exuberance of newly minted reaper Adam helps to lighten the mood—even if it is short-lived and steeped in naiveté.

Along with hope-filled Adam, and the gorgeous leading man, David, Ms. Sjoberg manages to refrain from skimp on the quality of the secondary characters, and instead provides intriguing supporting roles that have a well- established sense of identity, as well as the promise of an interesting backstory.

From the former cold-blooded Russian contract killer Dimitri to the sexy seductress Ruby, the Grave series seems to hold plenty of opportunity and potential.