Grace of Monaco: Princess in Dior 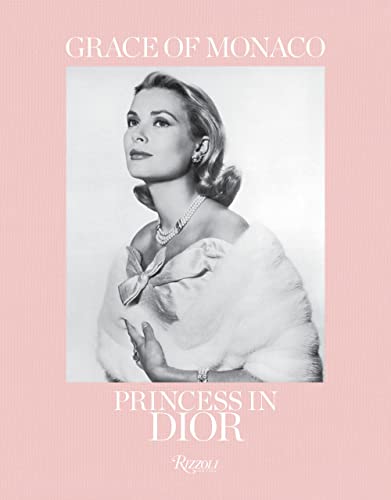 Grace Kelly became Princess Grace in 1956. Marc Bohan began his position at Maison Christian Dior in 1960. Grace met her untimely death in 1982 but Monsieur Bohan retired from Dior in 1989 and is still living in the countryside with his daughter. He was her go-to designer for haute couture from almost day one of her reign.

Grace of Monaco: Princess in Dior is a dual homage: paying tribute to Princess Grace and to the brand Dior, its namesake designer, but mostly to  Marc Bohan who is often overlooked in the memory of Maison Christian Dior. The book serves as a catalog for an exhibit that is currently on view at Musée Christian Dior in Granville, France, which happens to be Christian Dior’s birthplace.

What has been created here is something that is a long time coming: the recognition of what a brilliant designer Marc Bohan was and his extraordinary relationship with the entire Grimaldi family. The photographs are superbly curated with many of the designs shown on mannequins as well as on the princess for whatever the occasion.

The informed and seasoned fashion reader will still find even more to learn about the legacy that is Maison Dior. It is hard to believe that with all the monographs devoted to this brand that there is anything that hasn’t been written about, and yet apparently there is always more to discover.

The text is reasonably limited, but unquestionably the most fascinating is Müller’s interview with an amazingly alert and charming Marc Bohan. The other contributors are of course nothing short of laudatory and rightfully so as no other brand has ever generated the amount of books or garnered the attention that Dior has in its lifespan. This succinct story has a place in every fashionphile’s fashion library as a reminder of the great and power of Dior as well as the astoundingly classic beauty of Princess Grace. Unquestionably there existed an inextricable and maybe lesser known fact that these two were a perfect match in so many ways.