The Gospel According to Cane 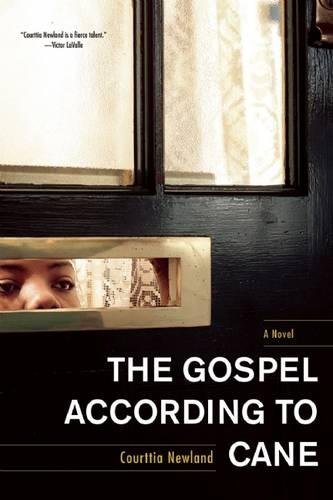 “Mr. Newland successfully engages some of the most difficult questions we will ever face.”

Beverly is from a black middle class family living in England. She had a nice bourgeois life for a while, but now she lives modestly, teaching at-risk teens in a tough neighborhood.

One evening after class, a large young man follows her home. She evades him that night, but he continues to follow her intermittently after that. Finally, she confronts him. He tells Beverly that he’s her son.

Is this boy really Beverly’s long lost son? Is he a dangerous stalker? Is he both or neither? This is the question that propels Courttia Newland’s The Gospel According to Cane.

The Gospel According to Cane may sound like a thriller, but it’s actually a dark character study. Beverly’s alleged son is only a minor character. As in John Guare’s Six Degrees of Separation a young man is at the center of the plot but the periphery of the story. The main action is the reaction to his unexpected appearance.

Throughout The Gospel According to Cane, Mr. Newland takes on two of the most profound questions we will ever face: the meaning of family and the risks associated with helping those in distress.

Beverly’s discussions with her ex-husband, with whom she is still periodically sexually active, and her caring but casual boyfriend facilitate much of this exploration. But the tense scenes between Beverly and her pragmatic sister may be the best in the book. The sister’s well-reasoned argument that the young man is probably mentally ill or dangerous is convincing to the reader and even to Beverly. Beverly admits as much. She then trumps her sister with the simplest logic: She’s probably the boy’s mother, and even if not the boy needs help.

But Beverly’s intimate philanthropy comes at a high cost. Beverly fears for her own safety. She sleeps each night with her chest of drawers pulled in front of her door. The boy is difficult at times, once pulling a knife on Beverly’s sister.

Parts of The Gospel According to Cane are brooding and disjointed. Stretches of the book lack any real action, and the dialog isn’t especially sharp. There are oddly constructed dream sequences and flashbacks. Mr. Newland’s propensity for lists and meandering into the bio-science of pain are unnecessary. But Mr. Newland seems to understand that he’s taking his readers down an idiosyncratic path. The dissonant moments are better appreciated after completing the book than during.

Less intentional may be the peripheral treatment given by Mr. Newland to some of the best characters in the book, e.g., the vivid collection of deadend kids in Bev’s class. The teens, complete with wonderful names like the Grime Reaper, are hardened by their tough environment but still sensitive and seeking the affirmation of their teacher. They are sadly absent from most of the book. If Mr. Newland was so inclined, he could have built an exceptional book around these characters.

For the American reader, The Gospel According to Cane has an additional asset. It is a lovely glimpse into the new United Kingdom. The U.K. is now a multicultural nation where curry is replacing fish and chips as the national dish and brown skinned immigrant children are mixing into long-established native bloodlines. In the 21st century, the U.S. has no monopoly on being the world’s melting pot; Mr. Newland shows us the emerging England.

The Gospel According to Cane is not a perfect book, but it is an ambitious and interesting one. With realism and without sanctimony, Mr. Newland successfully engages some of the most difficult questions we will ever face.