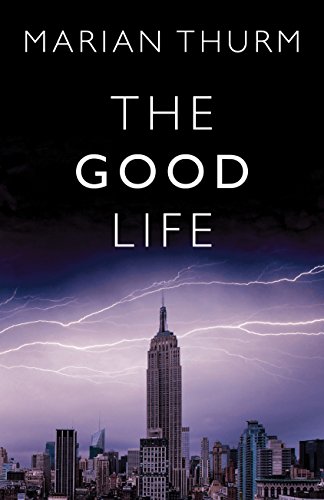 The Good Life starts with a bang, grabbing the reader’s attention, when Roger Goldenhar buys a gun without his wife’s knowledge. Expectations are high, however, the story begins to slow as the author embarks on building the backstory of how Roger and Stacy Goldenhar met and married.

Suspense creeps in every so often as Roger thinks about the gun he keeps in the glove box of his car. Yet we never know how he plans to use the weapon until much later in the story. Nevertheless, the story does eventually pick up and captures a vivid image of a young couple seemingly headed toward a privileged life.

Roger is a successful commercial real estate developer who moves his family into an Upper East Side apartment in Manhattan. Their wealth affords them the ability to send their two children to exclusive private schools. Stacy is a social worker working for a nonprofit caring for the homeless. From the outside looking in the Goldenhars seem to have it all.

But the truth is that trouble is percolating beneath this couple’s ostensibly enviable relationship. Roger’s business begins to fail, and eventually the family must leave their luxurious apartment for a less prestigious address. Stacy does her best to hold her family together, but as each day passes Roger becomes depressed and begins to lose touch with reality. It doesn’t help that his mother is in a nursing home and his sister has cancer. Repeated visits to his therapist only serve to renew a prescription for Xanax.

Eventually, Stacy finds the marriage becoming an overwhelming burden. She looks for distraction and finds one in a lustful, albeit brief affair with her writing professor.

When the family takes a much-needed vacation in Florida, the stress and pressure the couple has endured comes to a head. Roger can no longer function normally in either his business or his marriage. The climax is quite unexpected and shocking, making up for some of the slower chapters mid-story.