Gone Without a Trace 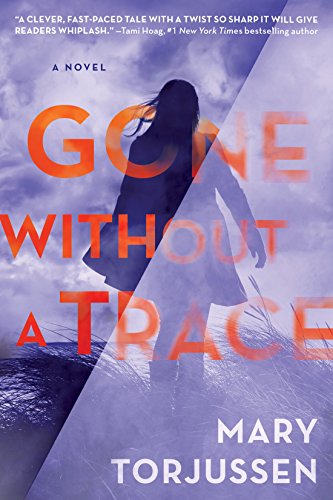 Hannah Monroe, a thirty-something British woman, is excited. A senior manager for an accounting firm, she's on her way home from a successful training session, a course that could yield a coveted promotion. She cannot wait to tell her live-in lover Matt the good news.

Life couldn't get much better for Hannah. She owns a house she loves, is employed at a job that gives her complete gratification, and adores her boyfriend. But a problem arises when she arrives at her unoccupied house with no sign of Matt. The emptiness suggests he never lived there. In bewilderment, Hannah searches every inch of her home discovering Matt's belongings—his clothing, photos, music, kitchenware, and even his television are gone.

Hannah grabs her cell to call him, finding his phone number has been erased. There are no signs of his existence, and even a search of Facebook produces nothing. It's as though he was never part of her life.

Hannah is stunned and at first wonders if they have been robbed. Unable to fathom what is happening with Matt, she phones her best friend Katie and begs her to come. Katie offers little solace stating Hannah needs to move on and forget Matt. But Hannah cannot.

This disturbing situation affects Hannah in all aspects of her being. Her job suffers; she starts drinking; she no longer takes pride in her appearance or in keeping her house clean; and she loses a lot of weight.

Strange things happen, too. Tulips in her kitchen that she needed to dispose of suddenly turn into fresh buds. Where did they come from? She receives strange texts and calls and thinks they're from Matt, though it's not his phone number. Also, she believes someone has been coming into her house how while she's out.

One day she discovers an envelope mixed in with the mail containing a single sheet of paper with the word satisfied typed on it. The horror starts and Hannah wonders if she is going mad.

"I stared down at the paper in my hands.

"I started to shake. Who had sent this? What did it mean? Why would anyone send something like that?

. . . This was my proof I wasn't going mad. All the other things, the texts from unknown numbers, the odd phone call at work, and the flowers that came back to life, even the CD in the car: all of them could question my state of mind. I knew that as far as my nerves and my memory were concerned I wasn't the same as I normally was. I was quite aware that I was obsessing and probably making things worse for myself. But this . . . this piece of paper proved that it wasn't me. Someone was out to get me!"

Soon the fixation to find Matt and learn why he left takes precedence over everything. Hannah will not stop until she learns the truth.

Each chapter of Gone Without a Trace concludes with a cliffhanger, making it impossible to put down. The plot is filled with spine-tingling emotional suspense, and the ending proves to be shocking.