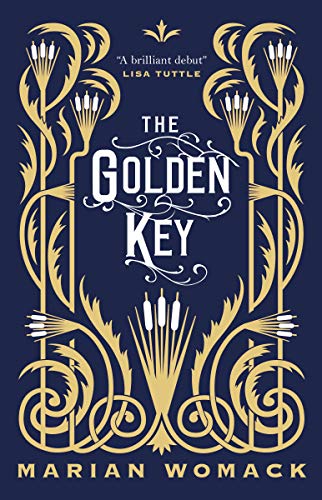 “Discover a brooding and eerie gothic tale of a wonderland filled with something other than wonder, and a fairyland that is dark and dangerous.”

Three people are drawn together by strange circumstance.

Helena Walton-Cisneros is reputed to be a medium, but she’s better known as a woman who finds lost people. Hired by Lady Matthews to discover what happened to her three stepdaughters 20 years before, Helena is given some unbelievable facts by the old woman.

“That was the first time Old John saw him.”

“The devil, Miss Walton.”
“You’re saying he saw the devil at the time the girls went missing?”
“That’s precisely what I’m saying, my dear. And now, he’s back.”

Helena may indeed discover the devil, but she also finds that all her queries lead back to Samuel Moncrieff.

Eliza Waltraud is hired to help look after Dot, a young woman found in a catatonic trance and still unresponsive. It is she who discovers the abandoned house on the seashore.

“A deserted Tudor house in the woods, a house in which a strange white fungus has crept over the entire building, taking over, a white sticky substance floating around the ruin, posing on places where multicoloured fungi sprouted.”

Eliza has always felt there was another world beyond this one. Eventually, she will meet Helena and together the two will go on a search of this world.

Samuel Moncrieff lost the woman he loved in a boating accident. That event causes the recurrence of childhood nightmares of a ruined manor house.

“It came to him during those first feverish hours without Viola, with its faint aura of a long-lost memory; the river accident triggered its return.”

There are some odd facts about Sam. There is no record of his birth, only that he appeared the year Lady Matthews’ stepdaughters disappeared.

To recover from his grief, he goes to stay with his guardian, Charles Bale. Charles is a believer in spiritualism and immediately involves Sam in his experiences by taking him to a séance where he meets Helena.

“It suddenly stuck him what a hideous business was now being conducted in that candlit room. They were inviting the dreadful shadows of the dead to join them; unknown presences that would be anything but angelic.”

How is Sam connected to the disapearances? How do Alice’s Adventures in Wonderland and the childhood fairytales of George MacDonald found in the missing children’s bookcase pertain to the tragedy? What about all the other children having gone missing over the years—and those who disappear while Helena investigates?

“There was darkness, a wilder nature needing to be tamed, and there was death. Things had rarely been this horrific; the beggar woman found in the place where a child’s bed had been, holding a ragged doll in her hands, the implications of that narrative simply too horrid to contemplate; Old John’s corpse, disfigured by a strange fungus, or something even scarier; the ruined Tudor house tainted by shadows; that evil creature, both beggar in this world and pointed-teeth gentleman in the other . . . “

Helena and Eliza are about to pierce the veil of a world thinly shielded from ours, a more dangerous one in which people disappear never to return andthos who manage to escape are frighteningly transformed.

If the reader is expecting The Golden Key to be a forthright and neatly laid-out step-by-step storyline, she will be disappointment.

This is a very complication bit of fiction, concentrating as it does in the majority of the book with Helena’s investigations into spiritualism, a great deal of historical fact, and leisurely meandering about with brief mentions of Lady Matthews’ loss of her stepdaughters.

The three main characters are introduced and then go on their individual ways into various and sundry events before finally converging in the last fifth of the book for explanations and a dénouement that is left deliberately open-ended.

Though the characterizations are detailed enough to pique the interest, and raise questions (Why is the knowledge that Sam’s sweetheart survived the boating accident kept from Sam? Who are Sam’s parents? Why is any missing child recovered catatonic?), the apparent straying from the main plotline is distracting. Though close inspection shows that all facts and events eventually lead to one source, the reader who skims or skips may well lose track, become confused, or simply bored with the seeming flood of words.

This is a novel that requires a certain determination and “stick-to-it-iveness” to complete, but in doing so, the reader will discover a brooding and eerie gothic tale of a wonderland filled with something other than wonder, and a fairyland that is dark and dangerous.