The Glitch: A Novel 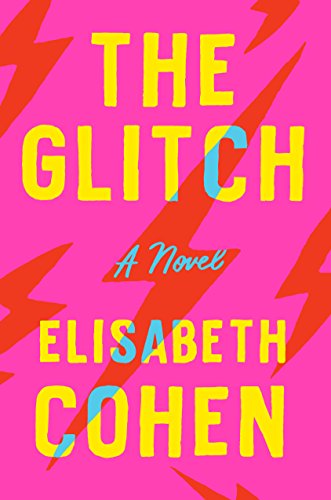 “In reading The Glitch, it becomes imperative to find out what the main character is going to say or do next. And Cohen’s writing in conveying Shelley’s adventures and misadventures is uniformly hilarious.”

In The Glitch, Elisabeth Cohen has shown that she is an alchemist as well as an author. In the course of telling this story, Cohen changes an unsympathetic protagonist to, if not gold, certainly a more precious metal than lead.

When readers first meet Shelley Stone, she is assuring the person on the other end of a business call that it is indeed a good time to talk, even as she is searching for her young child, who has just wandered off during a family trip to Cap Ferrat.

The Glitch is narrated by Shelley, and she doesn’t hold back on sharing anything. While she’s looking for her missing daughter, she pauses to reflect that she and her husband are both very successful, and that talking about work is their lingua franca: “It was a self-leveling sealant that coated every surface of our lives, and seeped into the cracks and fissures of every moment. It was our hello, goodbye, how are you, I love you.”

Lest anyone judge her too harshly, Shelley shares her understandable concerns about the near-tragedy after her husband begins to question the state of their lives: “He was right that it’d be awful: the jury laughing, the headlines in the paper, our jobs lost, our reputations, everything, and of course, that was leaving out the worst part, Nova dead.”

The Glitch has an abundance of locations that reflect Shelley’s fast-paced life as the head of a tech company that manufactures the Conch, a device that hooks into the ear and imparts all kinds of information to the wearer.

In a speech at a conference in Barcelona, Shelley tells an untrue version of the story of her daughter’s disappearance to introduce the subject of fear, and first reveals to the reader a physical trauma that has been hinted at before: she was struck by lightning on the night before her 20th birthday. When she recovered, she was determined to completely reinvent herself.

Enrique, the man who found Shelley’s daughter in France and returned her to her parents, appears in the audience of Shelley’s speech and in the lobby of her hotel in Barcelona. At this moment, The Glitch starts to seem like an intriguing mystery of corporate espionage, and Shelley, in her apparent vulnerability vis-à-vis this ominous stranger, might even be starting to seem a bit more sympathetic.

Shelley is funny, even when she’s not trying to be. A list of nonprofit activities she’ll have the bandwidth to commit to once she retires ends with “squash for farm kids—the racquet kind, obviously; they already have the vine kind.”

The mystery continues when Shelley has an encounter at a bar in Barcelona with a woman who seems to be the Michelle, “Shelley,” of years ago, before she was hit by lightning.

Shelley describes to Michelle how it felt to be her at that younger age. And, in doing so, she shows a vulnerability that is a clue to what makes Shelley so driven: “Even though you’re good at lots of things, you don’t believe you’re going anywhere. You want to do something great, but it seems like it won’t happen, that you’re stuck, that everyone you know has known you all your life and has written you off as nothing special.”

Michelle reminds Shelley of the things she used to want, the person she used to be. Michelle is disappointed to see how she will turn out: “I don’t think I like you very much,” she says to her future self.

Whenever Shelley’s hyper-focused, hyper-scheduled, hyper-hyper façade starts to crumble a little to let out some sense of humanity, it just as quickly switches back to Shelley as a clueless person it might be hard to sit next to on one of the myriad plane flights she takes. During an interview, her response to the unavoidable question about balancing work and being the mother of young children includes: “. . . our maid speaks Mandarin to them—we aren’t tutoring them like some of those Type A parent-loons you meet in the Bay Area, it’s just for fun and auditory exposure so they’ll have perfect tones.”

In reading The Glitch, it becomes imperative to find out what the main character is going to say or do next. And Cohen’s writing in conveying Shelley’s adventures and misadventures is uniformly hilarious. Regarding the design of her company’s offices, Shelley comments: “The openness truly promotes teamwork, sharing, and virality. And the proof is that in winter everybody gets each other’s colds.”

Michelle disappears, terrible problems with the Conch device mount, and the collective force of the tech world starts beating up on Shelley. Readers may well be tempted to become invested in Shelley’s ultimate rise after a looming fall.

At a birthday party in her honor, Shelley gets shocked by an electric eel. Don’t ask. Yes, do ask, because it’s actually quite mesmerizing. Shelley’s 40th birthday will occur when she is in Malaysia checking on the factory that makes Conches. The night before her birthday will be the 20th anniversary of her being hit by lightning.

Ultimately, Shelley is such a character, in the best sense of that quotidian phrase. She’s enough of a feminist to challenge the Malaysian factory owner when he insists that only men make good werewolves.

Susan B. Anthony would be proud that women have advanced far enough to demand due recognition in the patriarchal world of folklore.

Shelley returns home to California. There are big changes waiting for her. Is Michelle, in an inexplicable twist of time and space, actually her younger self? Will Shelley be able to salvage her job and her marriage? Will she ever acknowledge the majesty of nature long enough to cease describing the sky as “darkened to the color of a conservative interview suit”?

It is well worth reading The Glitch to find out.