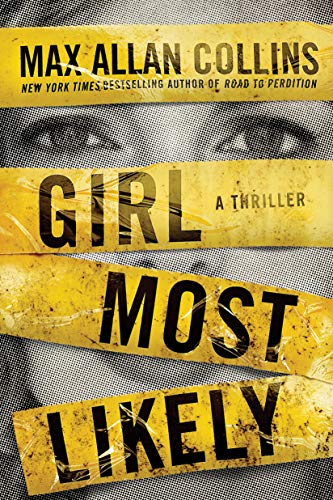 “Written by a multitalented author, whose other novels have been translated into television and movie versions, this thriller will leave the reader satisfied.”

Class reunions can be murder, as Krista Larson is about to discover.

It’s time for her high school class’ 10-year reunion, and Krista has just learned that one of her friends, now living in Clearwater, Florida, has been murdered.

That puts a pall on the proceedings, but when Astrid Lund, voted the “Girl Most Likely to Succeed” is also killed the night after she arrives for the reunion—in the same way as Sue Logan—it makes Krista wonder if the two deaths might be connected.

Astrid was a “late bloomer,” an unattractive girl mostly ignored until she reached senior high when she blossomed into a femme fatale. She stole more than one boyfriend, including Krista’s, and at the reunion, all those discarded boyfriends, now married to other women, flock around her.

Astrid had also fulfilled that title placed upon her. She had succeeded, as an investigative reporter for Chicago TV, and she’d been asking some pointed questions of her former classmates about sexual harrassment.

Could that be the cause of Astrid’s death, and if so, how does it relate to Sue’s?

Krista is also the new police chief—the youngest female police chief in the country—and she’s well aware a failed murder investigation this soon after she takes command of the Galena, Illinois, department, could end her career before it starts. With that in mind, she enlists the aid of her father, a retired detective, as a civilian consultant. Keith Larson is at loose ends. After his wife’s death he’s come to live with Krista, and she admits she could use his expertise.

“Pop, I love being a cop. I really like the job and I can handle the sad, even tragic stuff, but something like what happened to Sue? I don’t know if I could handle that. There hasn’t been a murder on my watch.”

He reached over and touched her hand. “Don’t you let it put a damper on the festivities this weekend. Every class has its tragedies. That’s what makes reunions so bittersweet.”

Who, among fellow students, ex-boyfriends, and former teachers attending the reunion, is the one who thinks he has to kill? Krista and Keith will uncover a number of secrets kept well-hidden before they learn the killer’s identity.

When another death occurs, father and daughter find themselves on the hunt for a shadowy figure who’s been hiding for a decade and now feels he must kill to continue keeping his crimes undiscovered.

This novel treads a thin line between a thriller/police procedural and a cozy mystery. Indeed, the exchanges between Krista and her father, as well as the descriptions of small-town life and the people in it loudly declare it a cozy, while the sections relating the killer’s thoughts and actions proclaim it a psychological thriller.

Surprisingly, the two combine well, melded as they are in such a way that neither jars the other with the switch in viewpoint.

The introduction of Keith Larson will no doubt make the reader at first consider the character of a widowed father coming to live with his unmarried daughter as a mere aside, a figure adding the distraction of comic relief to an otherwise grim story. It’s only as Keith adds his comments to Krista’s investigation that he becomes a serious addition to the case.

Keith shows himself to be the expert detective he had been while on the force, silently backing his daughter, though following his own investigation.

Krista herself is depicted as capable and able but a little out of her depth since this is the first murder Galena has had in years, the second in which she has participated as a police officer, and the first she has ever handled alone.

Her personal life, and how she relates to her friends, now considered suspects, is also handled in an emotional but controlled way, showing how she manages to put her professional self before her private one when it comes to duty.

While the ending may be considered by some to be a bit rushed and definitely cut short, without the usual wrap-up and summary generally expected in this kind of novel, Girl Most Likely is a definitely a page-turner and an entertaining read. Written by a multitalented author, whose other novels have been translated into television and movie versions, this thriller will leave the reader satisfied that justice has been done, swift as it is.