The Girl in the Letter 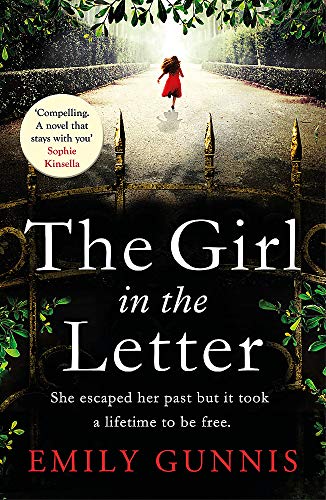 “Heart-wrenching does not begin to describe the reaction to The Girl in the Letter.”

Heart-wrenching does not begin to describe the reaction to The Girl in the Letter. While Ivy is not based on an actual person, the details of the torturous lives and in some instances, deaths, of young girls like Ivy are unfortunately very much based on fact. It is disconcerting to learn that medieval practices are not that far in the past.

Where does a young unmarried pregnant girl go in 1956 when abandoned by her lover and shunned by her family? In Ivy’s case it is to a home for unwed mothers.

“She could see herself ringing the heavy bell at the gate, her large stomach making it awkward to lug her suitcase behind Sister Mary Francis along the driveway, hesitating before she crossed the threshold to St. Margaret’s for the first time.”

Ivy never leaves St. Margaret’s alive, sacrificing herself instead so that an eight-year-old girl named Elvira can escape the institution where she is a prisoner in fact if not in name.

“She pictured Elvira running through the tunnels and out into the freedom of the night. Then, just as Sister Faith reached her . . . she stretched out her arms and jumped.”

Fast forward decades to 2017 and Sam, a reporter for the Southern News Agency and single mother to four-year-old Emma, is trying to juggle her work and motherhood with little help from her estranged husband, Ben.

After covering a story her boss believes needs “a woman’s touch,” Sam returns to the flat she and Emma share with her grandmother, Nana. She finds Nana asleep in her chair with a letter clutched in her hand.

“I am fearful that I have not heard from you. All my anxieties have been confirmed. I am three months pregnant. It is too late for anything to be done; it is God’s will that our baby be born.”

It is a letter from Ivy to her lover found by Nana while going through her husband’s papers after his death. Appalled by Ivy’s desperation conveyed by the letter, Sam begins to research St. Margaret’s on the Internet. She is horrified by the callous mistreatment of the pregnant young women by the nuns in the institution.

Father Benjamin had gone missing in 2000 and his remains were found the previous week. He had been missing for 17 years. What had he been doing at St. Margaret’s when the home had been closed since the ’70s?

Sam’s curiosity is further aroused when she learns a talk show host, Kitty Cannon, had been at the inquest. What connection did Kitty have with a priest dead under mysterious circumstances for 17 years? Had Kitty been born at St. Margaret’s?

Sam visits the derelict Victorian mansion that was St. Margaret’s, and sees for herself the horrific conditions young pregnant girls lived in. She saw the laundry where girls worked with heavy machinery up the day of giving birth. She saw ugly dormitories where the girls slept. She learned about the cemetery where many young girls who died in childbirth or afterward from complications were buried with their stillborn babies.

She sees the office of Mother Carlin, Mother Superior of St. Margaret’s, the woman in charge of the hell hole that supposedly had been a refuge for helpless girls in desperate need.

Nana finds more of Ivy’s letters in her deceased husband’s files and reluctantly gives them to Sam. Each letter is filled despair and a catalog of horrors endured by those imprisoned with St. Margaret’s walls. Then she begins to write of a little girl, Elvira, returned to the home by adoptive parents who find her too difficult after they have a child of their own.

Ivy writes of her plan to help Elvira escape and find her twin sister and father to take her in. Otherwise, Elvira may remain virtual prisoner at St. Margaret’s.

She is determined to find out if Ivy’s plan succeeded, and if so, where is Elvira now? Are there any nuns still alive from St. Margaret’s? Who were Elvira’s twin sister and father? And, for her own peace of mind, did her own grandfather, Nana’s husband, have some connection to Ivy? If not, why did he have her letters?

Other questions haunt Sam, one most of all. What happened to Rose, Ivy’s baby, adopted immediately after birth? Is it possible she may still be alive, still wondering why her mother gave her up?

While Sam is interviewing everyone with any connection to St. Margaret’s, Kitty Cannon, popular talk show host now retired, tells her psychiatrist the story of her twin sister, Elvira. What she tells her psychiatrist is one thing, but it not something she intends to share with the world. That nosy reporter is getting too close and she must be stopped, no matter what the cost.

A mesmerizing story, with an intricate plot that alternates between past and present, Ivy’s letters and Sam’s struggle to learn the whole story of St. Margaret’s, Emily Gunnis skillfully creates characters that are as real as the neighbors next door.

The Girl in the Letter acts as a window: on one side is pregnant, unwed Ivy, with no alternative to St. Margaret’s; on the other side is Sam, who has choices Ivy never had.

Kudos to Gunnis for telling the story of an unjust time, but without relying too heavily on victimization as a theme. The girls at St. Margaret’s are victims, yes, but there are also instances of resistance and courage, even though in Ivy’s case the resistance is extreme.

Although the plot element of identical twins is a cliché, Gunnis manages to present it a believable way. Suspense builds until the final scenes become almost painful to read in their intensity as one wonders if someone may die after all.