The Gift of Life: The Reality Behind Donor Organ Retrieval 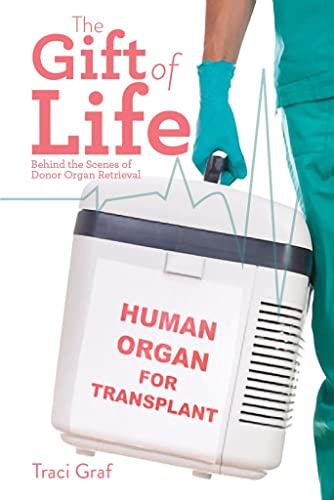 “Graf’s best work is the honor she bestows on donor families and the linkage she creates with the restored lives of the recipients and some truly miraculous turnarounds.”

Author Traci Graf is a Registered Nurse who has worked as an Operating Room nurse, also in a Psychiatric Emergency Room Crisis Response Center, and as a Transplant Coordinator. She is now a home healthcare Case Manager.

Graf’s opening line in Chapter Seven, It’s like the Wild Wild West, “I went to so many shootings I lost count,” really smacks you upside the head, in case you weren’t tracking on who the organ donors often are. Violence that often occurs with young men in urban locations can produce healthy organs repurposed to save the lives of those on the organ transplant wait list.

Talk about reduce, reuse, and recycle.

Science geeks will revel in some of the reveals of the book, including reflexive actions are only the function of the brain stem, not the cognitive brain or did you know the liver can poison the brain through excess ammonia creation? Or that even small amounts of acetaminophen (Excedrin, Percocet) can cause irreversible liver damage and lead to death? Wow, those warning labels are there for a reason.

With Graf’s intense review of the transplant procurement and transition process we are allowed to contemplate the feelings of organ recipients, organ donor families, and even occasionally, the clinical staff. She also points out some of the social issues, chief of which is the fate of patients who are brain dead but whose family, typically for religious reasons, will not approve a declaration of death for the transplant process. These patients often end up unable to move and wasting away in a state funded nursing home.

In the Dual Advocacy Chapter, Graf confronts the philosophical desire of some family members to bury their loved one “whole or intact.” In gory detail explaining the process of embalming a body for a funeral, Graf teaches us that in fact the organs are not left intact anyway because there is material added to decomposition. Apparently there is some rotor rooter device that slices and flushes these bits before filling the body with formaldehyde and other solvents.

This easily readable guide to the organ procurement process is filled with incidents of hearts beating after extraction for prolonged periods of time and in one case, a patient who proved himself still cognitively lucid minutes before organ removal began.

Graf’s best work is the honor she bestows on donor families and the linkage she creates with the restored lives of the recipients and some truly miraculous turnarounds. Since only 1 to 2% of all people are suitable organ donors, there is six-digit waiting list populated by those anxiously awaiting an extension of life—even knowing that someone has to die for those precious extra years.