Ghosts of the Missing 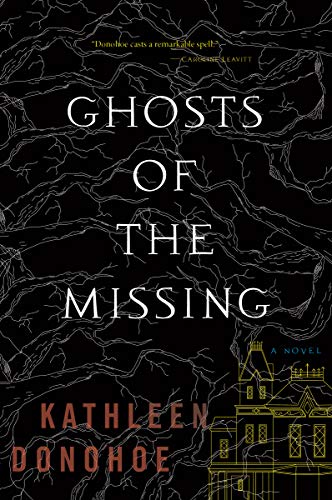 “This is not a fast read, nor is it a satisfying ending to a confusing story. It should be noted, however, that although the story is very difficult to follow, Donohoe’s writing style is very good, and her words help paint clear pictures of her settings and establish the mood.”

Ghosts of the Missing by Kathlene Donohoe misses the mark. The book blurb, “On October 28, 1995, a girl vanished: Rowan Kinnane was not a child particularly prized in town. When questioned by reporters, she was described by those who’d known her as a loner, shy and awkward. . . .” falls short of delivering the promised story.

The opening prologue set in 1854 introduces a young boy who encounters a ghostly woman—more of an apparition than a real individual—wandering through a forest. Was she a trick of darkness or something real to be feared?

In Chapter 1, Adair McCrohan, a young artist living in New York City in 2010, but with ties to Culleton, (upstate) NY, returns to her family home, Moye House, which has been converted to a writers’ retreat. Adair is drawn back in search of her distant cousin, Rowan Kinnane, who went missing over a decade earlier and has never been found.

It takes the next 126 pages before Donohoe’s tale begins to make sense as her chapters jump from 1854 to 2010 to 1911 to 1878 to 1994 to 2010 again, just to name a few of the decades visited throughout the story, introducing a variety of characters, some who do not remain with the story for very long. Most have nothing to do with the lost girl of the book cover blurb! And in many instances, it is difficult to keep track of what character has any relationship to the story.

When the protagonist, Adair, is in the story, she tells the tale in the first person; when the multitude of characters from different eras enters the scene, the story wanders into the third person. The movement throughout the various eras and points of view add layers of confusion to the story.

But on page 126, Ciaran, Rowan’s stepbrother, has entered the story and is a resident at the Moye House Retreat. His project is to write about Rowan’s disappearance although he had never met her. But when questioned further by Adair about his project, he states “’My book is about missing children,’ Ciaran said.” So the story takes a turn—it is not about just the search for Rowan—it is about many missing children (aka the title?). And yet, as it progresses from here, it does become about Rowan more than other missing children.

As the story furthers, it is learned that Adair has HIV, a condition she has had since birth and a situation that further muddles the story, adding nothing but sympathy for the main character.

This is not a fast read, nor is it a satisfying ending to a confusing story. It should be noted, however, that although the story is very difficult to follow, Donohoe’s writing style is very good, and her words help paint clear pictures of her settings and establish the mood.