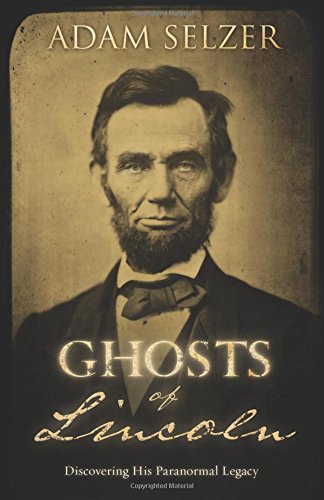 Abraham Lincoln is one of the most haunting presidents in US history. Sightings of his ghost, and his assassin’s, have been reported for more than 150 years. Lincoln has become the subject of dozens of myths and paranormal mysteries.

Buffeted by slavery and the raging Civil War, Lincoln is at the center of a whirlwind of death and destruction. Racing to pass the Thirteenth Amendment while fighting the most devastating war in American history, Lincoln is under immense pressure. Within the White House, the Lincoln family is rocked by death, depression, and conflict.

Americans of this period entertained the concept of paranormal events. The Lincolns lost two sons and their eldest son was threatening to leave Harvard to join the Union Army. Into this conflict, Mary Todd Lincoln’s emotional shortcomings contributed greatly to discord and stress. It is impossible to say with certainty that the Lincolns believed in ghosts. But if they did not, why participate in organized mystical events?

Ghosts of Lincoln digs deeply into the annals of history, including everything from obscure séance transcripts and nearly forgotten newspaper articles to tales, rumors, and folklore. It is well known that the Lincolns consulted with spiritualists in the White House, particularly after the death of their son, Willie. President Lincoln also spoke of dreams of his assassination. Whether the Lincolns believed in the séances and other ghostly occurrences is not known. But the public largely believed in them, which made for prodigious recounting in newspapers, journals, and books.

Adam Selzer is an accomplished researcher. His historical explanations, citations, and footnotes are detailed and objective. Selzer’s approach is to recount an item, cite its references, and then allow the reader to decide whether or not to believe it. Most of the situations presented are historically accurate and presented in an objective manner.

Ghosts of Lincoln is fast reading. Selzer carefully describes the culture and beliefs of antebellum and Civil-War-era America. Within the framework of this ethos, he matter-of-factly presents his research. Although the topics are not particularly erudite, Selzer examines them from a formal academic perspective; however, his casual writing style feels ill-suited to serious scholarly research. A more formal style might have been preferential. A few typos could be eliminated in a second edition.

The inclusion of drawings, art work, and pictures of people and events surrounding the scope of this work aids the reader immensely. Selzer’s evocative writing style helps the reader imagine what it was like to be in these supernatural circumstances.