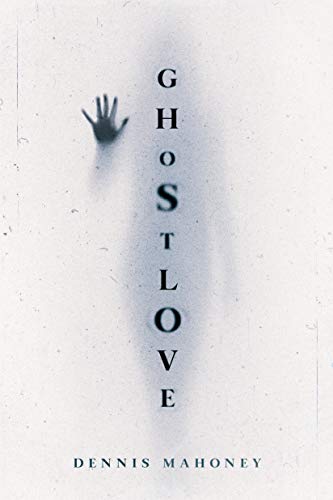 “a shadowy fairy tale, in which two lovers, of which one, unfortunately, is dead, live in an enchanted house inhabited with wondrously quirky beings.”

William Rook was taught to love books by his mother, a librarian.

Charlotte Rook went out of her way to help the library’s patrons. She even took books to one old man when he was unable to come to the library. It was only after Charlotte disappeared, to be found days later in a dazed state, that William learned the old man had been dead for years.

Where had Charlotte gone all those times she was supposedly visiting Leonard Stick? No one at the library has any record of the old man, not even his address.

When William accidentally discovers Leonard Stick’s address written in a book, he ends up buying the house where the old man lived.

Soon after, he also learns that the house is haunted—that someone whom he never sees is renting out the basement; the Queen of the Centipedes resides there with her multiple young; a couple continually stab each other in his kitchen; and there is also a door opening into an alternate reality where another William Rook lives.

Leonard Stick still resides there, too and he explains where William’s mother went during all those “visits.”

“I begged your mother to visit the house after I was dead, assuring her I’d find a way to talk to her again. She came and sat alone, faithful in the quiet, but I hadn’t yet discovered how to make myself known. There’s a learning curve in death. Your mother was a marvelous believer.”

William has occasional visits with this Other William, learning that whatever happens in his world invariably happened in the other world also, or is it the other way around?

Either way, he has to be careful what he does.

Then, he meets June, a ghost, and falls in love. The only problem is that June can’t remember anything, not where she’s from, nor how she died, nor why she’s in William’s house.

“I struggled to imagine the despondency she faced—an out-of-body experience that silently continued after the coroner, the mourners, and her flesh disappeared, leaving nothing but her lonely comprehension as a witness.”

With William’s help, June slowly recovers her memory, giving herself an abbreviated biography. There are days, however, when she disappears. She tells William she needs to be alone and he respects that, but when June doesn’t return, William realizes she’s become trapped in another dimension.

He determines to rescue her.

So William dies and begins his search for June, unwilling to let a little thing like death by lethal house keep him from the woman he’s come to love.

This novel has to be called a ghost story, because it features ghosts, but it isn’t one of those horribly grim ones with blood and gore and terrible nightmare-inducing demises.

Sometimes whimsical, occasionally philosophical, it’s more of a shadowy fairy tale, in which two lovers, of which one, unfortunately, is dead, live in an enchanted house inhabited with wondrously, quirky beings.

William himself is an iconoclast, happily willing to be alone. Filled with acquired book knowledge of arcane lore, he accepts the inhabitants of his home with aplomb, neither fearing nor seeking to be rid of them but instead, trying to learn more about them and to understand them.

He has lessons to learn from those who live with him in the house formerly owned by Leonard Stick, and one of them is that, after you’ve been dead and everyone’s gone, you must find another way to live.

This is an oddly endearing story, with a bittersweet ending, one that will touch the heart, afford a few pleasant chills, and perhaps leave the reader with some questions about the beings that exist and un-exist in the world around us.