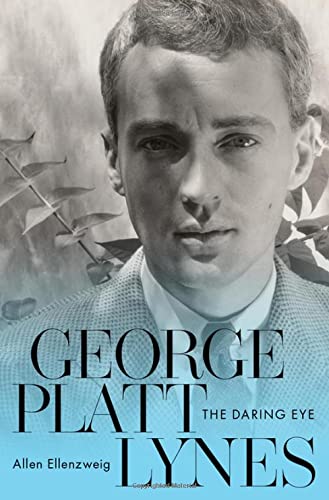 The prospective reader should be aware upfront that reading this enormous biography requires a commitment on their part. Ellenzweig has meticulously, painstakingly, and almost surgically researched the life of George Platt Lynes. This reader was disappointed in that very little of Lynes’ oeuvre is offered visually (he is a photographer) as an astute reader would have been allowed to draw their own conclusions without having them explained in detail. If a picture is worth a thousand words . . .

On the plus side, Ellenzweig swings open the door to focus a spotlight on a man who was decades ahead of his time when photographing the male form. He also photographed for Vogue, Harper’s Bazaar, and several other high fashion magazines of the era. He was dedicated to Dr. Alfred Kinsey, Lincoln Kirstein, Balanchine, and the ballet. To be compared to Horst and Beaton is no small feat and speaks volumes about Lynes’ talents and the quality of his photography.

What the reader also comes to learn is that there are object lessons to be gleaned from Lynes’ career path as well as from his way of living. As a young man in Paris, the Riviera, and New York City he was an “it boy” within the highly coveted social circles of the times, only to discover that this kind of fame and notoriety was not a lifetime “badge” and might be compared to being the flavor of the month. Times change, life changes, and professions take on new meaning as well as new visions and parameters that suddenly can push you from your pedestal to the bottom of the list. You can soon be looked upon as old-fashioned rather than barrier breaking. Aging has its indignities, which Lynes experienced despite his abbreviated life.

“By age eighteen, he was in Paris being introduced to that doyenne of the American literary avant-garde, Gertrude Stein, and for a time became a minor figure in her major circle—Baby George, she called him.”

Lynes was unquestionably a clairvoyant when it came to his subject matter as well as his private lifestyle. Ellenzweig offers evidence that timing is everything and that Lynes being a proponent of homoerotic photos was decades short of being “on trend.” The same premise applies to fashion, as being too early for a look can be just as lethal as being “me too” or too late. By the early 1940s Lynes was part of trouple which by today’s standards would be considered ho-hum. But think of how it must have been construed some eight decades ago. One can only imagine how his life would have played out had he lived past his late forties.

“George had such grand style. It wasn’t pretentious, it was just that he as an aristocrat and he looked and behaved like one,” writes Bernard Perlin.

What is saddest about this artist is that when he fell into exigent circumstances and was forced to sell all of his belongings, that included a vast library of his prints and negatives that had never been seen. In what some might consider portending is that his studio was bought by Richard Avedon who was a natural successor to the look of Lynes’ images.

Undoubtedly this is a book that requires a reader who will devour all the information and facts that they have amassed in order to get the most out of this huge biography. Ellenzweig takes on a herculean task of carefully documenting the life of one of the unsung icons of gay imagery as well as that of a master photographer.