The Furrows: A Novel 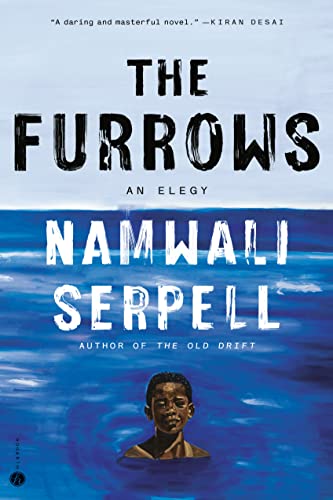 If memory is indispensable for our sense of a coherent, continued self, what happens when memories fragment, when trauma untracks our understanding of the past? Who, then, do we become? Or, perhaps, who do we need to become? Namwali Serpell approached these concerns in her widely lauded 2019 debut, The Old Drift, but positions them squarely at the heart of her powerful sophomore effort, The Furrows, a novel as diffuse and oblique as memory itself.

The early-thirties narrator of the book’s first half, Cassandra Williams, provides a jolt in her opening lines: “I don’t want to tell you what happened. I want to tell you how it felt. When I was twelve, my little brother drowned. He was seven. I was with him.” This is both a key to all that follows as well as a promise broken. Cassandra eventually does reveal what happened to her brother, Wayne, though a thick haze infiltrates the retelling: Cassandra and Wayne alone at the beach, a swim, Wayne going under, Cassandra pulling him to shore and then blacking out, Wayne’s weirdly slumped body rolling in the surf, a man in a windbreaker (never identified, never discovered) appearing and then taking Cassandra home. Time seems to dilate, and a hallucinatory, uncertain air prevails.

This harrowing pitch into the tragedy of the Williams’ family is mere introduction to the misery that follows. When Wayne’s body fails to turn up, Cassandra becomes an object of suspicion, the deepest cuts coming from within the family itself. Ongoing semi-accusations from both parents (community-college-teacher father, artist mother; he Black and she white) that Cassandra, if not directly responsible for Wayne’s disappearance, is engaged in some inexplicable dissembling, accelerate an unraveling for the three. The father leaves and remarries; the mother, consumed with desperation, eventually starts a foundation for parents searching for missing children, to which she devotes the bulk of her time, a sort of focus and repository for her bottomless denial.

And then, just as the outline of the family’s tragedy is clarifying, Cassandra supplies an alternate account of Wayne’s death. He was hit by a car, our narrator informs us from her retrospective perch, though the events are attended by the familiar details: solitude, panic, Wayne’s lifeless body, a man in a windbreaker, everything suffused with a nightmarish logic.

A few chapters after this, we get yet another version of Wayne’s death, this time at an amusement park, recurring particulars intact. Throughout, Cassandra supplies sightings of Wayne—or someone she believes might be Wayne—she’s had across the years, both when she is a teenager and then as she moves into her twenties: at a bistro, in a movie theater, at an airport baggage claim. Is she dreaming? Is she actualizing an obsession to literally recover her lost brother? “(I)t isn’t that what has been done can be undone,” she reflects. “It’s that an undoing can reconstitute. Dead matter can gather itself together.”

Even the most patient reader—borne along by Serpell’s assured pacing—will be off-balance, perhaps willingly so by this point. Cassandra’s attempts at making sense of her brother’s absence are compelling, a rich exploration of the possibilities inherent in the incidents that define our lives as well as our recollections of them; but Cassandra’s recounting is so enigmatic and allusive as to be deeply disorienting.

There is a fascinating exploration occurring—alternate lives, forking paths, how the past intrudes on the present, how we concoct stories about events to make the present livable—but it’s undeniably a murky path Serpell traverses. As an exhausting central puzzle begins to take precedence, matters of identity, memory, and race recede more quickly than they might.

And then a second narrator, a man who calls himself Wayne Williams, commandeers the story midway through. He’s a hustler, it’s clear—his drug-addicted parents were murdered when he was young, launching him into years of wary self-sufficiency—and he may be loosely assuming the actual Wayne Williams’ identity for vague gain. Or maybe not.

And yet, once he and Cassandra inevitably collide, it seems he’s more invested in rescuing her, literally, than in advancing a scam. It’s a clever trick by Serpell. All of Cassandra’s backward gazing saw her attempting to save her younger brother; now the adult Cassandra and Wayne struggle to maintain a difficult balance. “What if I died,” Cassandra muses to Wayne as she tries to rationalize the disconnects that pock her story, “but immediately moved into a parallel existence, in the next lane, without even knowing?” Wayne, too, acknowledges the alien sensibility of his years: “I feel like I’m slowly being dragged out of my own body.”

This labyrinth is wearying, circles within circles, identities assumed and refashioned, the past reimagined. It’s also very often exhilarating. Serpell seems to be suggesting her characters are straining against time itself, that their lives are primarily an attempt at discovering a stance toward death. The novel’s full title, in fact, is The Furrows: An Elegy, and the epigraph is a reflection from Proust on the uncanny shadows the dead can cast on the living. “Time is a hinge,” the adult Wayne considers. “Time is a heap. Time’s got grooves in it.” The Furrows is far from conclusive regarding these possibilities. Which may be the point.