The Friends We Keep 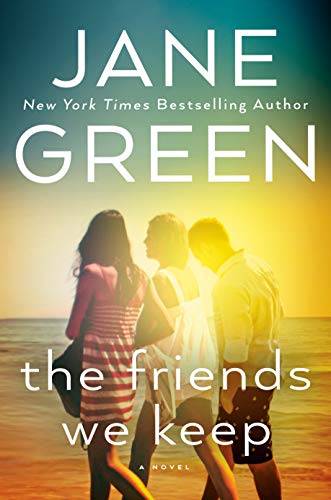 Many of us make friends we vow to keep forever no matter what. This is what Maggie, Evvie, and Topher pledge while attending West Country University in the United Kingdom.

Evvie, of Jamaican heritage, arrives at her dorm distressed to find her roommate her total opposite. She meets Maggie hitting it off, changes rooms, and they become roomies.

Soon they befriend Topher, a gay man from a wealthy English family who is holding on to a horrific past that still haunts him. After their first year at university, the three live together, cementing their friendship.

They are inseparable until graduation when they follow their own paths. Evvie starves herself to be super thin for a lucrative modeling career in New York City. Yet with a week to go before departing, she hooks up with Ben, a man she worked with while at school; a guy they all termed "Evil Ben" for his rudeness toward her. Throughout their short affair, she realizes she is in love him but refuses to give up her future.

Topher lands a gig on a soap opera in New York becoming famous and Maggie remains in London, missing her best friends and praying to get Ben's attention for she's been attracted to him since beginning her studies.

Evvie discovers she is pregnant but will not have Ben's baby. She phones him of her situation and he is furious she will not have his child, ending the call on bad terms.

Evvie, Maggie, and Topher communicate for a while but soon lose touch. Evvie becomes in demand and has many ill-fated romances, but still thinks of Ben.

Topher moves in with a partner he adores and his vocation flourishes making him a celebrity.

Ben surprises Maggie with a proposal but when he goes on a business trip to New York he professes his love for Evvie and wants them to start a life together. Evvie will not destroy his marriage with Maggie, and she still harbors guilt about being with him years ago. When he returns to England heartbroken he is unaware Evvie has gotten pregnant again, though this time without his knowledge she gives birth to a son she names Jack.

Maggie and Ben buy a spacious home hoping to fill it with children, which doesn't happen. Ben works more and more and drinks excessively, making Maggie angry and frustrated but not wanting a confrontation, she accepts his binges, telling herself her life is wonderful.

Thirty years pass and the three attend their college reunion realizing they still share the bond they once had. Ben's alcoholism causes his death, and Maggie discloses her unhappiness with him.

Evvie has kept her son a secret, unwilling to cause Maggie undue  pain, especially seeing Jack is the spitting image of Ben. Now in her fifties, she is heavy, and her husband of four years divorces her for "letting herself go." Alone, and with Jack living in California, she is unsettled and wondering where to go next:

"Maybe she wasn't at home anywhere. Maybe when you leave the country in which you were born and raised and try to make a home somewhere else, you can never go back. And if that new place wasn't home . . . maybe the rest of her life would be spent drifting, trying to find a place that was her own; maybe she would never find a place to call home again."

Topher gets into some legal trouble and needs to leave New York and start fresh. When Maggie invites Evvie and him to share her huge home, they accept, excited to be reunited again. Things go well for a while; they are happy together, feeling they are where they belong—until hurtful secrets are revealed, causing dissonance.

This tale of redemption, forgiveness, and love offers views into a compassionate and complex connection between three friends which cannot be broken despite betrayal or heartache.