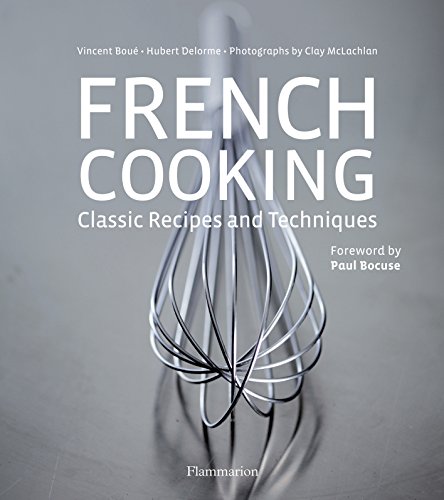 Critics have been lamenting the decline of French cooking for years. Looking back on her culinary travels in France from 1965–1977, the great English food writer, Elizabeth David, remarked in a 1980 essay in her collection An Omelette and a Glass of Wine, “How is it that French restaurant cooking has so notably, so sadly, deteriorated during the past two or three decades?”

More recently, Michael Steinberger in his 2009 book Au Revoir to All That: Food, Wine and the End of France, argues in part that high restaurant taxes, onerous European Union food regulations and the rise of two-income families with no time to cook have all taken their toll on traditional French cooking. France, Mr. Steinberger points out, is now the second most profitable market for McDonald’s in the world.

Outside of France, we seem to worry about whether or not French cuisine as we knew it will survive. Inside of France, however, there are two distinct movements afoot to ensure that French cooking will not only endure, but thrive. On one side there are the Michelin Guide traditionalists who support classic French cuisine (haute cuisine) and on the other is the ten year-old anti-establishment group called “Le Fooding” whose distinctly populist agenda is to dismantle the social and economic barriers to haute cuisine while re-making the way people experience, talk and think about food.

While the battle for the interpretation of French cuisine rages on in France, Rizzoli has released two cookbooks this month that represent both ends of the spectrum, one written by two classically trained French cooking instructors and one by a French home cook. Both books have been adapted and translated for the American market.

In the foreword to French Cooking, Paul Bocuse, the renowned Michelin 3-star chef, wants to make sure that we understand that French cuisine is considered an art form that falls under the purview of the Ministry of Culture. It is his aim, he explains, to ensure that “the unique savoir-faire” of French cooking get passed on (and by the right people). “Instead of calling on only renowned chefs for information, it also asks the teachers at a professional school for the hospitality industry to explain the techniques to enable you to prepare the thousands of recipes of the French terroirs successfully.”

In other words, French Cooking is the establishment cookbook whose anointed teachers, Hubert Delorme and Vincent Boué, offer a thorough primer on the basics of French cooking techniques along with some classic French recipes. In cooking, technique is everything, and mastering the basics of French cooking will serve as the building blocks for any style of cooking whether it’s Italian, Asian, or anything else.

If you are unlucky enough to live far from a culinary school or don’t have the means to attend, French Cooking offers a good substitute. Both Delorme and Boué are cooking instructors in France and have approached the first half of the book just like a course in basic French cooking. Here they cover the fundamentals of dough, sauces, knife techniques, braising, poaching, sautéing and more.

The instructions and accompanying photos make the techniques easy to understand, but because the best way to learn proper technique is by observing, the authors have also included a 90-minute DVD that covers most of the basics. Watching the DVD is both soothing and funny at the same time. For those of us who love to cook it is mesmerizing to watch the calm assurance of practiced chefs at work, but since there is no talking (presumably because the authors don’t speak English) the demonstrations accompanied by what can only be described as elevator music, are a bit like watching an old silent movie.

Moving on to the second half of the book, the authors serve up a series of classic recipes with each section being presented by a well-known French restaurant chef (presumably of the Michelin variety). As you would expect, the recipes are generally time consuming and have multiple steps. The preparation time for most of the recipes is listed as anywhere from 30–45 minutes, but that’s if you are experienced in all the techniques. These aren’t the recipes you will try after a long day at work, but if you are eager to learn, give them a try when you have an afternoon to devote to them. The only way to become a good cook is to practice.

If the serious purpose of French Cooking is a bit too intimidating for you, La Cuisine: Everyday French Home Cooking might feel more accessible. The book is a compendium of 1,000 recipes from the work of Françoise Bernard, the beloved French home cook who got her start developing margarine recipes for Unilever after the war and who went on to star in a popular live cooking show on TV.

Madame Bernard, as she is reverentially known in France, is the grande dame of French home cooking, so if you are looking for authenticity, this book is it. Because it is a compendium, the book is also a sentimental historical snapshot at how French women cooked during the second half of the twentieth century.

Written in a less exacting way than Julia Child presented them to us, here you will find the French classics as they are cooked at home: Quiche Lorraine, Croque Monsieur, several varieties of braised meat dishes like Boeuf Bourguignon, classic desserts like Oeufs à la neige, Baked Alaska, and more. It is somehow reassuring to know that the same dishes you can eat in restaurants throughout France are the same ones that are being cooked at home.

The recipes are unpretentious, homey, and at times surprising for an American palate. For example, there is an entire chapter devoted to organ meat that is disguised under the title “Charcuterie and Other Meats.” There are no less than 34 recipes for the likes of liver, beef tongue, sweetbreads, tripe, etc. that will make you glad your mother served you tuna noodle casserole when she was trying to trim the food budget. “Poached Brains with Lemon-parsley Butter” anyone? Still, when times are tough, the French are famous for letting nothing go to waste—if anyone can dress up a pot of brains or veal hearts, it would be the French.

What this book also shows is that French women cut corners too. You might be surprised to learn, for example, that they have been known to open up a can of vegetables or braise meat with water when no wine is on hand.

In many ways this book reveals that home cooks in France are just like home cooks everywhere: You make do with the ingredients you have, work within your budget, and try to do your best. Maybe French cooks aren’t as intimidating as we thought they were.