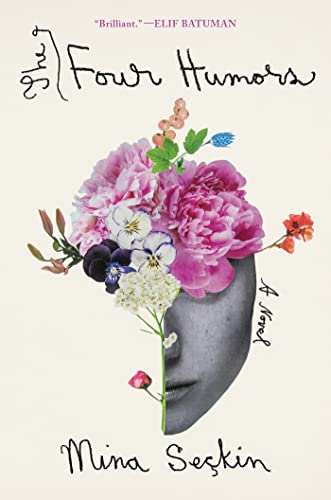 Short-story writer Mina Seckin has taken on a tough job in this debut novel: to pin her readers inside the messed-up mind of a young, middle-class woman whose guilt over her father’s death has made her incapable of doing almost anything.

She largely succeeds, thanks to Seckin’s unrelentingly honest excavations and sharply beautiful language.

As the protagonist, Sibel, a Turkish-American college student from New York City, sees herself pushing away her all-American, blond boyfriend, Cooper, she thinks, “I want to ask him how he can love somebody so lonely. I want to nail his thin body down like a board for an answer.”

Sibel and Cooper are spending the summer of 2014 in Istanbul supposedly taking care of Sibel’s grandmother, who has Parkinson’s disease. Of course, her family knows that it’s Sibel who really needs care.

The previous winter, Sibel had watched, frozen in shock, as her father collapsed from a heart attack “in the kitchen while boiling water for tea” (as she frequently repeats, as if flagellating herself verbally). Now, although she’d promised to visit her father’s grave and study for the medical school entrance exam, Sibel can barely do more than watch soap operas on TV with her grandmother, stuff herself with food, and sneak out for cigarettes. She is also suffering from mysterious, severe headaches.

Meanwhile, Cooper has become so enthralled by and comfortable in Turkey, that he’s decided to stay on past September, when he and Sibel are scheduled to return to school in the US.

The Four Humors interweaves these personal narratives with the political tension seeping through Turkey, one year after massive protests against the government’s attempt to turn the popular Gezi Park in Istanbul into a military museum and shopping mall.

Where the novel stumbles is with the title, or more precisely, Sibel’s obsession with the ancient concept of the body’s four humors (phlegm, yellow bile, black bile, and blood). Her forced attempts to set herself and others in the context of the humors become annoying after the first 50 or so pages. For instance, she muses that Cooper “is resilient. His body is full of blood, and my humor, black bile, causes menstrual cramps, dizziness, headaches, alienation. In other people, it can cause uncontrolled passion or a deeply rooted connection to God. Allah, I think, feeling guilty.”

Slowly, but not steadily, Sibel acknowledges that maybe the four humors aren’t the explanation for everything. Stirred by her longing for Cooper, the arrival of her anorexic younger sister, and revelations of long-held family secrets, Sibel keeps taking two steps forward and one step backward in coming to grips with the mess she’s been making of her life.

“I want, just once, to get something right by the force of hope, responsibility, care,” she thinks. The reader wants to stay with her to see if she can.