The Foundling: A Novel 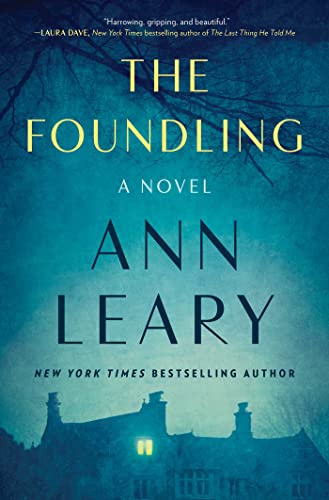 “The Foundling touches on important issues like women’s autonomy, racism, classism, and anti-Semitism, as well as other social justice issues.”

The first thing to know about Ann Leary’s novel, which takes place in 1920s rural Pennsylvania, is that the eugenics movement was in full swing. Asylums for people considered not suitable for having children, and others deemed defective in some way, were not unusual.

As Leary writes in her Author’s Note, “During the first decades of the 20th century, if a young woman was arrested in a speakeasy, or had a child out of wedlock; if she was a lesbian or worked as a prostitute, she was often diagnosed as being mentally defective. These were criminal behaviors at that time and criminality had become intertwined with widely held theories about the heritability of mental illnesses and intellectual disabilities. . . . Thousands of women . . . were labeled ‘feebleminded.’ Some were as young as 12 years old.”

None of the women would be released until they passed their childbearing years. Even Margaret Sanger subscribed to the idea that “the moron class should be segregated during the reproductive period” so that she would not produce “imbecile children” who could “breed other defectives.”

The second thing to know is that the story was inspired by Leary’s grandmother, who worked in such an asylum as a secretary. Highly fictionalized, it draws on the truth of the time.

The novel’s asylum is really a work farm where women do slave labor that not only feeds them but makes a profit with it’s dairy and gardens. Inmates are neglected and abused, especially in one building reserved for the feisty women who resist their oppression. One of them, a central character named Lillian, spends some time there. Another main character, Mary, is a naïve 17 year old when she starts working as a secretary to Dr. Vogel, the third central character.

Lillian and Mary actually know each other, having grown up in the same convent-run orphanage. Vogel is demure but deadly. She easily charms the local political leaders, her donors and trustees—and Mary, who reveres her before Lillian and a few employees set her straight.

As Mary learns more about what is really happening at the asylum, she finally stops condemning Lillian’s truth-telling, and her journalist boyfriend’s suspicions. She wakes up to the corruption and cruelty of the rural prison. That’s when things really get interesting as the three of them, along with some employees, plot to expose Vogel and spring Lillian from her incarceration.

The story is gripping, despite its flaws, one of which is Mary’s prolonged naivete and reverence for Vogel, and it’s stereotyping of some characters, but it is a page turner with a redeeming surprise ending. One can imagine it being developed as a film or PBS drama.

Well-paced and plotted, the story does have important underlying themes. It is about trust, friendship, forgiveness, and good versus evil. It also shines light on a time when fanatical elitists bought into a theory that destroyed many lives. The Foundling touches on important issues like women’s autonomy, racism, classism, and anti-Semitism, as well as other social justice issues.

In the end, it’s a story worth reading when you tire of political diatribes and greater literary challenges, as well as two years of pandemic challenges.